By the company you keep 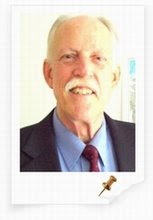 In November 2006, we tore into Europhile luvvy Kendall Myers and, in particular, the uncritical treatment of a pro-EU speech delivered by him about the "special relationship".

The Telegraph's Toby Harnden had been particularly gushing, referring to him variously as "a senior American official" and a "leading State Department adviser", although he was actually in the pay of EU-funded institutions.

Now, it turns out (with the link picked up by Free Republic), the EU was not Myers's only source of income. For 30 years or more, we learn, he and his wife have been spying for Cuba. So well regarded by Havana were they that, several years ago they were rewarded with a secret meeting with Fidel Castro in Mexico.

The two are charged with conspiracy to act as illegal agents of the Cuban government and to communicate classified information to Havana. They are also charged with wire fraud. Both could spend the rest of their lives in prison if convicted.

To give him credit where it is due, The Daily Telegraph covers the story, penned by the very same Toby Harnden. Our Toby notes that Myers shot to prominence in 2006 when he branded the American "special relationship" with Britain as "one-sided" and a "myth". Handen is slightly more reticent, though, about his part in promoting the story.

But then, Harnden was so thoroughly taken in by the story at the time that he too – as are we all – must be very conscious of the old saw, that you shall be known by the company you keep.