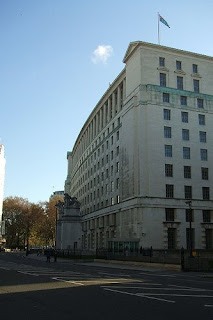 Recalling the recent defence debate in the Commons, when, at one time there were only twelve MPs in the chamber of which only one was a Labour backbencher, it is encouraging to note that the much-needed debate on our defence capabilities is nevertheless under way.

In this respect, The Daily Telegraph is to be applauded for leading the way, with a long feature by Thomas Harding, responding to the speech by General Sir David Richards at RUSI.

More on Defence of the Realm.
Posted by Richard at 13:45