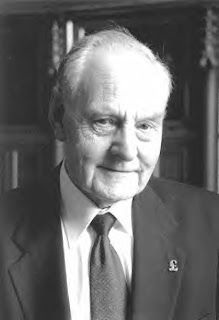 ... the whole truth, and nothing but the truth.

We all know that famous phrase if not from personal experience then from countless TV shows. There is, however, one group of people who seems unaware of it and that is Her Majesty’s Ministers and their advisers.

On Thursday there was a reply to a Written Question put down by Lord Stoddart of Swindon. The question was interesting in that it implied (oh heck, said quite clearly) that a previous reply had been economical with the truth, a phrase that Ministers and their advisers know very well, indeed.

Right, let's go back to that original question and the answer to it by Lord Malloch-Brown, formerly best friend of George Soros as well as bag-carrier to ex-SecGen Kofi Annan.

To ask Her Majesty's Government further to the Written Answer by Lord Malloch-Brown on 18 May (WA 253), (a) what would be the likely cost of research into the proportion of United Kingdom legislation originating in the European Union; and (b) what assessment they have made of the figure of 75 per cent as the proportion quoted by some political parties and organisations and by The Independent on 19 May (page 27).

The Government have not assessed the likely cost of research into this issue. The Government believe that any expenditure would be disproportionate given the limited purpose such figures would serve.

The Government do not believe that the figure of 75 percent is accurate. A House of Commons Library analysis of the effects of EU legislation on British law between 1998 and 2005 gave a figure of just 9.1 per cent.

Interesting. So finding out and letting the electorate know what proportion of the legislation comes from the EU and cannot be thrown out (if, indeed, it is read) by the elected members of the House of Commons would serve a limited purpose, according to HMG. Is that because who legislates and whether that is controlled by the electorate are topics that are of no importance in a democracy?

Now we can understand why Lord Stoddart has decided to ask the most recent question. It is clear that the House of Common Library analysis dealt only with Directives that do require parliamentary legislation though this could be secondary, put through by Statutory Instruments. What of those Regulations that are directly applicable. Well, here is Lord Brett's reply on behalf of HMG:

The Answer given by my noble friend the Minister for Africa, Asia and the UN, Lord Malloch-Brown, did not mention EC regulations as the Question did not ask about the legal effect of specific Community instruments. It has always been clear that EC regulations are directly applicable in the UK. The Government reaffirm the Answer to the previous Question.

The question asked about the proportion of legislation that comes from the EU. That must include, surely, legislation that is directly applicable and of which Parliament knows nothing. To whom exactly has it "always been clear that EC regulations are directly applicable in the UK"? HMG, its Ministers, their advisers and members of Parliament with very few exceptions in the House of Lords tend not to mention this fact. Perhaps, they do not always know themselves?