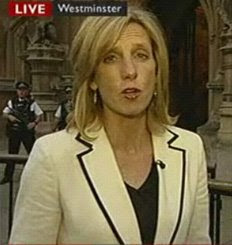 Having confronted the real enemy – the electorate – it was inevitable to the point of certainty that the putative putsch was going to evaporate. Thus does The Daily Telegraph and the others report, that the backbench coup against Brown "appeared to have faltered …".

It fact, the "plotters" – such that they were - had always misjudged their man. Brown was never going to resign voluntarily. Short of that, there was no way a Labour prime minister could be forced to quit without a long-drawn-out and highly damaging contest, stretching late into the year.

This much was always known to the political lobby and, if there is any doubt, the procedures, these are clearly set out, not least here.

In short, where there is no vacancy – i.e., with Brown refusing to step down, which was always going to be the case – nominations have to be sought from all sections of the party, and all those sections must be given a vote. Further, the voting has to take place "so that the results are declared at an annual session of party conference."

Under these rules, the earliest Brown could have been forced to step down – assuming he lost any leadership battle – would have been in October. A four-month battle, undoubtedly bitterly fought, would have spelt suicide for the Labour Party. It was never going to happen, making the events of the past few days exactly as described - nursery games.

The much-hyped back-bench meeting of this evening, therefore, was never going to come to anything, leaving the BBC hacks and hackettes (one pictured) to explain to their adoring public that the "crisis" was over, making Jim Greenhalf's piece all the more prescient. Brown has asserted himself and the rebellion is no more.