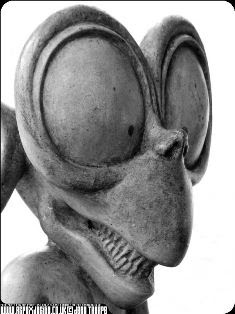 Climate change minister Stewart Stevenson (pictured) said: "Scotland can be proud of this bill, the most ambitious and comprehensive piece of climate change legislation anywhere in the world."

"As a country, we are leading global action and expect others to follow our lead as we look to the international summit in Copenhagen this December."

It may only be Scotland but it is still completely mad. The trouble is, our own lot are not much better, if at all. And, in any case, we have Brussels to contend with as well.

To a very great extent, the obsession of diverse legislatures with global warming is a symptom of the greater malaise, illustrating the great divide between the people and our rulers. Time and again, across both sides of the Atlantic, opinion polls indicate that ordinary people do not rate climate change as an important issue.

The real science, as opposed to the tripe promulgated by the scientific rent seekers, does not support the thesis of human-induced warming, or even that CO2 is a driver. And, for the past seven years, the "global temperature" – if there is such a thing – has been declining.

Yet still, the politicians plough on regardless, oblivious to reality, totally locked in their own self-referential bubble, spewing out the mindless instruments of the sort we see in Scotland.

And the worst of those is that among the measures voted through parliament were powers to fine householders and companies if they do not take action to improve the energy efficiency of their houses and buildings. Next thing you know, they will be fining people for putting things in the wrong dustbins ... er ...

More and more, I am convinced that "we" are going to have to shoot them. Of course, "we" are not going to do that. We are going to moan, bitch ... and write blogs. But if politicians continue on this path, that is the inevitable outcome – perhaps not for decades or even generations. The rate it is going though, it will be sooner rather than later.

As we watch the tragedy of Iran play itself out, it looks such a long way away, but we are not that far from it - it only took a couple of generations to turn that country from a wealthy, advanced, western-orientated nation to the basket case it now is. Civilisation is never more than skin deep - mess with it and it will mess with you.