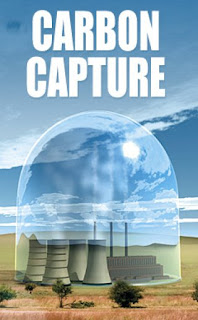 Ed Miliband, the boy wonder of the climate change industry, laughably named the "energy secretary", is pursuing his madcap scheme for carbon capture and storage, announcing yesterday that the trials of the system would eventually add 2 percent to bills through a levy on electricity suppliers.

In keeping with the fatuous, ill-conceived nature of this scheme, he tells us it is "too early to estimate the total cost of the project" but adds that the government hopes it could create 60,000 jobs and boost the economy by £4bn.

This is a scheme which will add anything up to 40 percent to our energy consumption for the plants so fitted which, when added to the huge capital investment required, adds to our costs of living and to the expenses carried by the economy. Far from being a boost, it is a massive additional drag, not least in funding the 60,000 additional useless mouths which Miliband believes could be employed.

If ever there was a scheme that should be killed at birth, this is it, yet not only are we to be faced with this massive unnecessary bill, we have the ultimate insult to our intelligence with Miliband calling it a boost to our economy.

Needless to say, if we had any intelligent MPs, they would have shot this scheme down in flames but, as we recorded earlier, all we get is bleats of approval from the opposition. That, as Booker pointed out, is the ultimate evidence of a decaying political system.

When our own MPs, far from interceding to save us from this madness, embrace it wholeheartedly, we know that the body that is supposed to represent us is past its sell-by date. On the other hand, why do we allow this stupidity, North junior asks. "Britain is a sick society and its institutions are rotten to the core," he observed. Are our MPs the cause, or the symptom?