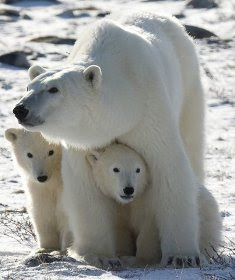 One of the explanations for the unseemly rush to get the Waxman-Markey Bill through Congress is that the warmists are on the back foot. The global warming tide is shifting against them and, before too long, their creed will be consigned to the dustbin of history as yet another of those mad obsessions that periodically grip the masses.

This is certainly the view of the Wall Street Journal which notes with approval how the Australian Senate is giving Kevin Rudd's version of a climate change law a very hard time. Furthermore, it observes, Australian polls have shown a sharp uptick in public scepticism; the press is back to questioning scientific dogma; blogs are having a field day.

The response of the warmists, however, is nothing if not predictable. Having controlled the agenda for so long, their reaction to the changing tide is to rig the debate, closing down on dissenting voices and suppressing alternative views.

One element of this strategy is recorded by Booker in today's column, where he describes the concerted efforts of the Polar Bear Specialist Group (PBSG) to prevent one of the world's leading experts on polar bears attending a meeting because his views on global warming do not accord with those of the rest of the group.

The group is meeting in Copenhagen under the aegis of the International Union for the Conservation of Nature/Species Survival Commission, set up – as Booker puts it- "to produce a suitably scary report on how polar bears are being threatened with extinction by man-made global warming," one of a steady drizzle of events planned to stoke up alarm in the run-up to the UN's major conference on climate change in Copenhagen next December.

The excluded expert is Dr Mitchell Taylor who has been researching the status and management of polar bears in Canada and around the Arctic Circle for 30 years, as both an academic and a government employee. His problem is that, more than once since 2006 he has made headlines by insisting that polar bear numbers, far from decreasing, are much higher than they were 30 years ago. Of the 19 different bear populations, almost all are increasing or at optimum levels, only two have for local reasons modestly declined.

To add to his litany of sins, while Dr Taylor agrees that the Arctic has been warming over the last 30 years, he ascribes this not to rising levels of CO2 but to currents bringing warm water into the Arctic from the Pacific and the effect of winds blowing in from the Bering Sea.

Thus Dr Taylor has been told that his views running "counter to human-induced climate change are extremely unhelpful". His signing of the Manhattan Declaration – a statement by 500 scientists that the causes of climate change are not CO2 but natural, such as changes in the radiation of the sun and ocean currents – are "inconsistent with the position taken by the PBSG".

This is but one example of how the warmists control the agenda, another being offered by Watts up with that, which catalogues measures taken by the US Environmental Protection Agency (EPA) to suppress dissident voices within its own organisation.

None of this could happen, of course, without the active participation of the media and, in his second piece, Booker refers to Lord Hunt, who last week "made one of the most absurd claims that can ever have been uttered by a British minister."

Solemnly reported by the media, Booker writes, he said that by 2020 he hopes to see thousands more wind turbines round Britain's coasts, capable of producing "25 gigawatts (GW)" of electricity, enough to meet "more than a quarter of the UK's electricity needs".

Hunt's ideas are so patently absurd that, had a minister announced that the UK was about to launch a series of manned space shots to the moon to mine green cheese in order to solve the global protein shortage, there would be little to compare between the two.

Booker notes though that perhaps the most disturbing point is that the media dutifully reported Lord Hunt's absurd claims without asking any of the elementary questions that could have revealed that he was talking utter nonsense. One cannot of course expect Opposition MPs to take an intelligent interest in such matters, he writes, but if journalists allow ministers to get away with talking such tosh, the slide into unreality can only continue.

This is a broader point that deserves more attention, touching on an effect we see in defence and elsewhere. The media – as a collective – has its own narratives and as long as an utterance fits with those narratives, it is given an airing. That which goes against the grain is buried.

Currently, the media narrative on climate change is that global warming is real and represents a major threat to the planet and humankind. Similarly, all the woes in the military stem from "under-resourcing" and all problems in Afghanistan will be solved by more "boots on the ground". Thus is the debate rigged, through which means our decline into obscurity, poverty and impotence is managed.