The day of the others? 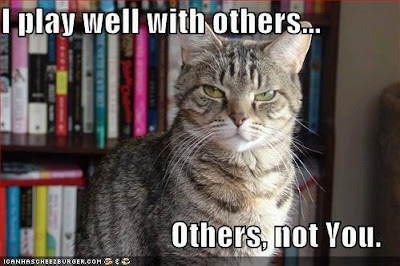 The experience of a Labour activist is recorded in The Observer, one which he would rather forget. On doorsteps he had found the mood among voters shifting over the last fortnight from "unbridled anger" to disdain: "The public now just view us with complete contempt," he says.

The Sunday Times, therefore, is not taking any great gamble when it suggests that today will be the day of the "others". In the local elections, they polled heavily even if they rarely won seats. But their presence was felt in one in six wards, triggering a fall in the share of the vote for all three major parties.

Against Labour, which stood at a historic low of 22 percent, the "others" took 18 percent but, says the paper, this is likely to seem comparatively modest when the euro results come in.

The Sunday Telegraph seems to agree, forecasting that the "anti-European" vote is set to be the chief beneficiary of "the protest vote against MPs". It cites a "Labour insider" suggesting that the Tories will gain 30 percent of the vote (as against 38 percent in the locals). UKIP is put in second place in the low 20s and Labour, the Lib-Dems and the Greens below that.

BNP is not expected to make a big breakthrough although "Labour sources" believe it could win a seat in the north west of England or in the west midlands. The BNP itself is cautiously optimistic, forecasting at least one seat, with a chance of taking another three. Regions to watch are the East Midlands, Yorkshire, the West Midlands and the North West.

The money, however, is on UKIP to make the big gains, a view shared by The Independent. The Greenies perhaps may also pick up a brace of extra seats.

With the English Democrats winning the mayoralty in Doncaster though – much to the surprise of its own candidate, who was expecting to struggle to keep his deposit – it looks as if the electorate has the capacity to surprise.

Unsurprisingly, therefore, no one seems to be keen to make predictions as to the results when they are declared at 10pm tonight. The only thing which seems certain is that that the "others" are set to take centre stage, but then even that could be thrown out by the plethora of candidates. If they rob UKIP, the main three could creep back in, albeit on very low shares of the vote.