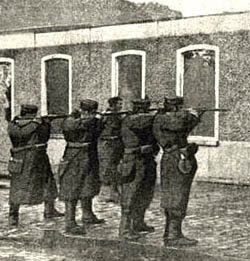 Slithering into The Times today, without so much as a blush, are two of the men who collectively have done more damage to the authority of parliament – and the Conservative Party – than any men alive: John Major and Douglas Hurd.

Writing together – presumably one holding the quill and the other moving his lips – they have the unmitigated gall to offer their collective "wisdom" on how parliament should be reformed, pleading for an end to "frivolous reshuffles and trivia" and calling for "outside talent" to be brought to the dispatch box.

Fortified by collective myopia over their role in the neutering of parliament, having rammed the Maastricht treaty through an unwilling House, amazing they fix only on Gordon Brown's machinations, complaining that his and Labour's activities have weakened parliament. As is common with the Tory tribe, history begins in 1997 and all ills are attributed to the period since.

With the arrogance typical of their tribe, they then make the sweeping assertion that "no one has been speaking up for change to improve the quality of government as a whole," meaning, of course, that they many calls for precisely that have not percolated into their limited, close-minded circle and, because they have only just started thinking in these terms, such a discourse only now exists.

For sure, they are right to complain of the treadmill of ever-changing ministers and the low grade of the same – which indeed they do – condemning the rapid turnover as "frivolous government". But this is from one of the men who, in the dying days of his government launched the "cones hotline".

Perhaps though, Major has noticed the similarity between traffic cones and ministers in that they are both proliferating at an equal rate. Since he complains of there being too many ministers, he might consider calling for a "ministers' hotline" allwoing members of the public to up when they detect an unnecessary minister and have it removed.

That would certainly clear the air for what Major and Hurd regard as an "adventurous experiment" – having the prime minister appoint a small number of unelected ministers of state, who would be answerable to Parliament without being members of either House.

This is, they declare is "a device borrowed from the United States, France and other democracies that practise the separation of powers." It could deepen, they say, the quality of ministerial government without undermining the principle of accountability to Parliament.

Good in principle, needless to say this is only an Elastoplast solution – perhaps the Conservative Party has shares in adhesive bandages, just as it has in wind farms. To make a fist of proper reform, we need to separate ministers – and thus government – from parliament, going the whole hog, rather than trimming round the edges.

But no one could ever accuse either Major or Hurd of thinking things though. Thus we have the usual witless mantra about the Commons re-establishing the ability to scrutinise legislation, both domestic and European. What is the point of scrutinising EU legislation when it cannot be changed and, given that so much is implemented through QMV, cannot even be blocked?

Failing to address this fundamental point, therefore, any other changes are nice, but like this pair – useless. We would agree, for instance, with their ideas on select committees, creating a parliamentary career structure in parallel to the structure of government so that chairmen emerge as nationally known figures. But without addressing the fundamentals, this is only of limited value.

What really then puts the cap on this self-serving tosh, therefore, is the peroration, where they roundly declare: "Those of us who have been privileged to serve Parliament, in both Houses, have a duty to breathe new life back into the ceremonies, traditions and magnificent buildings of which we have been so proud in the past."

Neither were so proud that they were deterred from handing over a huge tranche of powers to the EU, and setting the scene for the further betrayals which have largely been responsible of the neutering of the institution that that the pair claim to have been "privileged to serve".

But, if they are that concerned about "ceremonies" and "traditions", maybe we should bring back another one – the firing squad. Hurd and Major could do no greater service to this country than in allowing us to test it out on them.