Do they know what is coming? 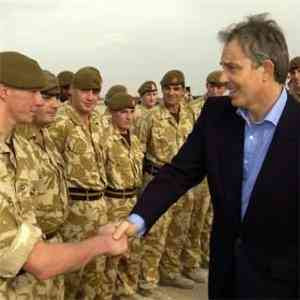 Out in the big bad world, a million miles from the venal world of MPs' expenses, The Independent is getting terribly excited over the prospect of Gordon Brown "doing a startling U-turn over the official inquiry into the Iraq war", leading to an expectation that evidence could be given in public.

This follows the announcement that there will be a Commons debate on the issue next Wednesday and a vote that could see a rebellion by Labour MPs. The prospect of a humiliating defeat is, apparently, concentrating minds.

Other public figures are also weighing into the debate, including two peers who chaired previous inquiries into aspects of the Iraq conflict, Lord Hutton and Lord Butler of Brockwell. They both support the bulk of the evidence to be heard in public.

Dannatt has also broken cover, declaring that the government had not consulted him, offering the view that holding some hearings is public "...is an option that has got a lot of merit to it."

Added to that is Ed Ball who is hinting that he wants at least part of the proceedings to be held in public, as well as Maj-Gen Tim Cross. He was intimately involved in the planning and military operation, and appointed deputy to the US General Jay Garner to head the authority running Iraq after the fall of Saddam Hussein.

Cross maintains that the inquiry should be in public as much as possible, and then, if necessary, go into private sessions to hear sensitive intelligence-related testimonies. He sees no reason at all why he cannot give evidence in public.

At least this man seems to be focusing on the essentials, stating that an inquiry "... would be of enormous benefit not only to the military, but other government departments as well... [and] in planning current and future operations in Afghanistan and military missions in which we may become involved."

Strong support for public hearings then comes from the Commons Public Administration Select Committee, with chairman Tony Wright calling for a public inquiry. He accepts there are parts that need to be taken in secret, but argues for a presumption that much of it should be in public.

One would like to think that this great interest in public hearings was motivated by yearning to learn the truth about the war and the subsequent occupation. But, given the enthusiasm of the military for public disclosure, it would appear that this is neither wanted nor expected.

In the final analysis, neither the politicians nor the military come well out of the adventure and, while Blair and his cronies are definitely in the frame, the military performance left a great deal to be desired.

Forensic examination of that aspect of the occupation could be a painful experience for those in command, which suggests that those advocating more openness could get more than they bargained for. This applies to Dannatt in particular, whose obsession with "future wars" and his reluctance to address the needs of the Army during the occupation phase had a very significant effect on the overall failure of the operation.

We have remarked before how the Army appears to be in denial over its performance and it could well be that the high command is making the tactical mistake of believing its own propaganda. If that is the case, and this inquiry is in any way searching, the military bods could very well end up regretting their current statements. They should be careful what they wish for.