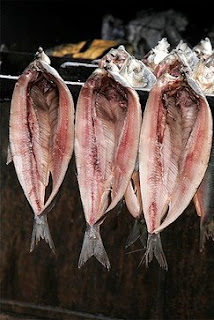 Last week the prime minister returned from the European Council having denied the EU the right to determine which financial institutions he, or his successors, would have to bail out in the future.

Or so he says, and may even believe, notes Irwin Stelzer. But he hasn't. Stelzer continues:

These new agencies will not only provide jobs for the boys: they have binding powers to investigate and oversee cross-border banking, insurance, pensions and securities, and can issue binding orders to resolve disputes between member states.

Sarkozy has only scorn for Gordon Brown's claim that these bodies have very limited power. "We have agreed a European system of supervision with binding powers. My conviction is that its scope will increase."

History is on the French president's side – efforts to hold EU institutions to their original remits have uniformly failed. Surely, Lord Mandelson, a Europhile whose next project is the replacement of sterling with the euro, knows this.

Whether he shared that insight with his ostensible boss we do not know, but it is a reasonable guess that his Lordship neglected to warn the PM of the pending loss of still more national sovereignty. When the Prime Minister said that "candour" is the new watchword of his government, he surely did not expect it to apply to his new best friend.

The implications of this are profound. In the few short months following the banking crisis, we have ceded huge tranches of control over our financial institutions to the EU, vested in hostile hands with agendas which are entirely inimical to our own.

This has been matched by an almost complete absence of outrage and front-page coverage – part of the "opportunity cost" arising from the obsession with MPs' expenses. While the political classes have been discussing little else but the penny-ante sums involved, the EU has made a power grab that will cost us billions, all without reference to our own Parliament which has not yet debated the issue and never will.

That there should have been so little attention to this issue is unsurprising. Bankers, whatever their contribution to the economy, tend to be the lowest form of scum that inhabits the earth, and they have not made many friends recently.

Further, the whole issue of banking regulation is fiendishly complex, as we know from our own forays into this field. Then, apart from a few high-profile banking executives, the field is populated by anonymous, grey figures conducting back-room, technical deals which do not lend themselves to the "biff-bam" style of modern media reporting.

Thus, in the couloirs of Brussels and beyond, one of our most important wealth generating activities has been stitched-up, kippered and delivered to the enemy. We won't poinpoint the cause of the effects immediately – or at all. As the EU exerts its malign grip, its depredations will not be reported and that which escapes into the public domain will not be understood.

The only thing certain is that we will pay, directly and indirectly, and keep on paying ... until such time as we are forced to leave the EU or go bankrupt.