Looking behind the headlines 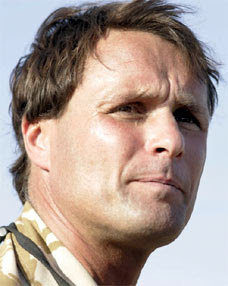 Three pieces on Brigadier Ed Butler's evidence to the defence select committee all tell the same story. You get the Coffee House Blog, The Times and The Daily Telegraph.

The basic narrative is that, in the early days of the current Afghani campaign in Helmand province in 2006, "there were tough financial constraints imposed on British troops". As a result, British forces were hamstrung from the start by the Treasury, with Gordon Brown as Chancellor demanding that only £1.3 billion could be spent on the operation in three years.

All of this sounds terribly familiar and depressing, inviting swift condemnation and recriminations.

However, nothing is ever quite what it seems. At the very least, you have to look at the rank of the man who is making these charges. Although a Brigadier is high up in the operational pecking order, within the political framework of the MoD, this is only one level up from the tea boy, where full Colonels are two a penny.

Whatever Ed Butler says, it does not stem from first hand experience. Decisions were taken much higher up the food chain. He knows only what he was told, from people who may well have had their own axes to grind.

Secondly, in the early stages of the campaign, it is a matter of record that the Army went in badly prepared, with poor intelligence, little in the way of a coherent plan and, in the event, ended up undertaking a number of high-intensity operations – such as the platoon houses – of dubious strategic merit, which were never factored into the original planning.

Thirdly, we have seen from the Iraqi campaign – which has filtered through into Afghanistan - a lack of high-level strategic planing (and leadership), evident not least in the failure of the High Command to deliver a revised counter-insurgency document. Thus, we have seen marked shifts in strategy with every roulement, the actual planning being determined at a lower level of command than one might otherwise expect.

All of this, plus acknowledged weaknesses in MoD financial planning and the fact that the Army also had other agendas - which it was playing off against its commitment in Afghanistan – suggests that we are getting a very partial picture from Butler. This may not be an accurate representation of what was going on at the time. One might even suggest that there is a certain amount of back-covering going on.

Certainly, no responsible historian or commentator would ever rely on one source for the final word on such contentious issues, in what was clearly a complex and multi-faceted situation, involving high politics and different agendas. What makes for good headlines on the day does not always represent the whole truth, and it is unlikely that we are seeing anything approaching it from the account of Brig Butler.