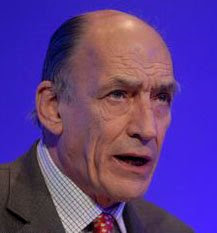 If General Sir Mike Jackson is really serious about having "no problem at all" in giving evidence in public to the Iraq inquiry then he must have something in common with the archetypal boy who stood upon the burning deck. He like the boy, in the ironic version of the tale, simply did not know what was going on.

More likely, in common with many commentators, Jackson is focusing on the lead-up to the war rather than the period afterwards, thus glossing over his own important role in the failure of the occupation. It was, after all, Jackson who was obsessed with FRES and the restructuring of the Army to fit with its role in the European Rapid Reaction Force, thereby ensuring that it was ill-equipped and structured to fight a counter-insurgency.

This we rehearsed in a piece written in December 2006 and more fully in Ministry of Defeat, where we record that it was on Jackson's watch that Snatch Land Rovers were deployed to Iraq when more robust equipment was needed.

Unsurprisingly though, Jackson is joined by General Lord Guthrie, Chief of the Defence Staff between 1997 and 2001. He dismisses the inquiry on Iraq war claiming that fewer British soldiers would have been killed in Iraq if Gordon Brown had paid for proper equipment when he had been Chancellor.

Guthrie is casting doubt on the credibility of the Iraq war inquiry because it is, he suggests, unlikely to examine Mr Brown’s role in the failure to supply the Armed Forces properly, claiming that the former Chancellor had been "unsympathetic" to appeals for more money for the troops when the campaign had begun in 2003.

To the extent to which this was or might have been the case is certainly something which should be explored in great depth by the inquiry. But Guthrie is not confident that such issues will be raised in the absence of a military representative on the inquiry committee.

According to The Times report, Tony Blair, when Prime Minister, said that the troops would have whatever they wanted. This was the famous occasion on 6 October 2006 when Blair stated: "If the Commanders on the ground want more equipment, armoured vehicles for example, more helicopters, that will be provided. Whatever package they want, we will do." However, Guthrie's memory seems to be somewhat faulty - Blair's comments at the time referred only to Afghanistan.

Guthrie, by then, was no longer in any official position but he asserts that the equipment was not supplied because of the approach by Brown. But, he maintains, the government started to spend freely on equipment, using Treasury reserve funds, when soldiers began dying, normally when travelling in lightly armoured Snatch Land Rovers, sent from Northern Ireland for patrolling.

Huge, heavily armoured Mastiffs were bought and sent to Basra. "But it was all too late," Guthrie states. He adds, "Although the equipment is excellent now, initially and subsequently in Iraq, it was very poor, and if Gordon Brown as Chancellor had been more sympathetic, it would have kept people alive."

Guthrie has been ploughing this furrow for some time, but this is the man who also now has defence contract interests. He has also been strong supporter of European defence integration and the expeditionary warfare concept, the combination of which, to say the very least, muddied the waters on Iraq.

Those waters become even muddier from the report in The Independent which seems to conflate the pre-war procurement delays with the equipment problems later in the occupation.

Whether a military representative on the inquiry would help sort this out is moot - one rather feels that the collective might seek to confuse issues even further. But this does make clarity in the terms of reference for the inquiry – which we have yet to see – crucially important. Further, we need a proper structure which separates the two very distinct issues of the war and the occupation. Moreover, it makes it important that, even if the inquiry is held in private, we must be given a very clear idea of what it intends to consider. There are burning issues here, which cannot be ignored.