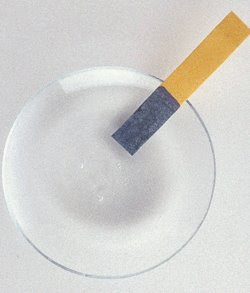 Spending cuts have very much been in the news of late, and could become a defining issue in the general election. Arguably, though, the debate will be considerably enhanced if two factors are more fully explored.

The first is the concept of "value for money" and the second is the idea that "cuts" per se do not necessarily reduce long-term public spending. Something more imaginative is required.

These factors are brought particularly into focus by a plea published today in The Daily Telegraph, where outgoing Chief of the General Staff (CGS) Sir Richard Dannatt urges the government not to cut defence budget.

Given that defence is competing with more populist causes such as the health and education budget – in the broader context where savage reductions in public spending are inevitable – expenditure on the military can hardly escape scrutiny.

Not for nothing, therefore, does Dannatt articulate very the very real concerns of the military community when he says: "My biggest fear now is in the time of recession, with a real squeeze on government spending, that the extra money that has been put in will now be raided out of those programmes."

This could be the plea of every public sector chief, making their case for keeping their own funding streams going when all about them are falling on their swords, but so drearily familiar is the refrain that it is unlikely to have much traction.

Not least, as this blog has pointed out with weary consistency, there is enormous waste and miss-spending in the military establishment, as indeed there is in every branch of public sector activity.

A new CGS could, therefore, gain a much more sympathetic hearing if he argued for expenditure reductions, based on an intelligent review of spending commitments, aimed at rooting out waste and on focusing expenditure on achieving results.

This leads naturally to the second factor – the need to avoid across-the-board cuts. Such cuts are a common strategy, where a magic figure is announced and every section is required to meet its quota. However, work – and value – is very rarely spread evenly across a department. Some sections are over-resourced and under-worked, or their very existence is unnecessary. Other sections are actually overworked and need more resources.

Therefore, with defence as with every other branch of public spending, the scalpel rather than the axe should be used. To that extent, defence is the litmus test for the whole of the public sector establishment. If expenditure there could be more intelligently managed, it could serve as an example for the rest.

However, as long as all we see are cries - in the Dannatt mould - for all-round protection of spending plans, we will know that there is no real commitment to bringing public finances under control.