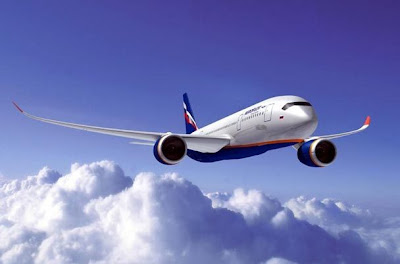 The leading producer of imaginative computer graphics of non-existent aircraft (example above) is back in the fray again, this time seeking state loans of €3.6 billion for its latest set of graphics.

Codenamed the A-350, representing a long-range medium-capacity airliner not dissimilar to the Boeing 787, the project is intended to produce a range of high-definition graphics which may be turned into a real aeroplane some time after 2013. The producer, Airbus Industries, is thus turning to France, Germany, Spain, and possibly Britain for the money, which it says will account for 30 percent of the development.

Needless to say, the developer of real aeroplanes, which actually fly and make money, is none too happy at the prospect of having to compete in the crowded computer graphics market and is warning that this could re-ignite a trade dispute between the EU and the US over subsidies.

Ted Austell, Boeing's vice president for public policy, says "We can only reiterate our position that Airbus should finance its computer graphics aircraft development using its own cash and commercial loans."

However, tiring of the existing set of graphics code-named A-400M, government ministers representing France, Germany, Spain and Britain are to meet on 15 June at the Paris Air Show to discuss the new set. They have not been given the approval to work out an agreement, so the negotiations may be protracted, especially as Britain is still considering whether to contribute.

Should Britain decide to take part, the wing representations will be produced in a studio in Bristol by Polish émigrés, ready for presentation to the contributing states in 2017, in time for a loan request for a further €10 billion, in order to generate the wiring diagrams.

Safety experts applauded the developments, remarking that the current generation of virtual aircraft had been almost entirely accident-free. So far, no lives had been lost.

If this trend continues, says Dr Norbert O T Goodenough, the A-350 graphics will outstrip all previous efforts and possibly even exceed the safety record of the A-400M graphics. This can only be spoiled if they actually produce the aircraft, he says, although the chances of this are so slight that Goodenough remains unconcerned.