Who says UNIFIL is doing nothing 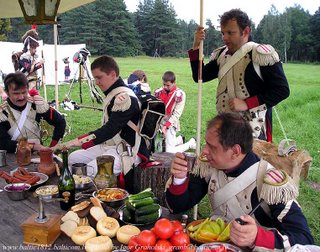 Well, we do for one. But now is the time to recant and to acknowledge that some parts of UNIFIL are actually quite active, though not necessarily in the way we had all expected them to be. (Well, now that you mention it, when I say “we” I do not mean this blog.)

The French troops have been active (incidentally, has France sent the promised 2,000 yet or are they still at the 200 level?), protecting those wonderful and highly objective individuals the journalists. So strongly do the French troops believe in the freedom of journalists to report whatever they feel like saying as long as it does not upset Hezbollah, that they almost clashed with the IDF.

Members of UNIFIL's French battalion almost clashed with Israeli troops who arrested a French journalist and a Lebanese photographer at an improvised checkpoint in the border area of Marwaheen in the western sector of south Lebanon.

A UNIFIL officer told United Press International that a French force was rushed to the location of the checkpoint and a heated argument erupted between French and Israeli officers, which lasted an hour before the Israeli troops released the two journalists.

It was the first time that such friction occurs between Israeli troops and UNIFIL forces, international forces which deployed in recent weeks to increase the number of the original peacekeepers in the area.

One can see that the enlarged UNIFIL and UN Resolution 1701 is going to be a huge success.