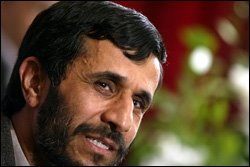 Choosing sides means knowing clearly who your enemy is and why, as well as knowing who your friends are and why. That is why this article by Nat Hentoff, in the Village Voice is of great interest and importance.

Hentoff is on the left of the political spectrum or says he is. In fact, he is a true liberal, a man who believes fiercely in freedom, in particular freedom of expression. I first came across him rather late when I found his brilliant book for children and young teenagers: "The Day They Came To Arrest The Book".

The story involves attempts to ban "The Adventure of Huckleberry Finn", arguably the greatest American novel and is told from the point of view of a young boy who gets involved in the fight to prevent that from happening and learns a good deal of what the First Amendment to the American Constitution really means.

Years have gone by and Nat Hentoff is still fighting. More power to his elbow. But the subject of his article is worth thinking about. Next time you hear words about President Ahmadinejad not being all that bad and, really, no worse than, say, Bush or Blair, think about the women who are stoned to death for the crime of having been raped.