EU in the frame 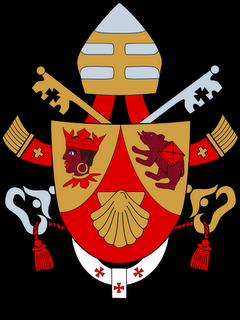 Leaving it a bit late, this time at least the EU president José Manuel Barroso has come to the support of Pope Benedict XVI's, defending his remarks about Islam. According to yesterday's edition of the German newspaper Weltam Sonntag, he says he is disappointed the leaders of Europe did not defend the Pontiff.

Islamic extremists, adds Barroso, are a threat, but people cannot confuse tolerance with political correctness by putting others' values above their own. Barroso also said the problem does not lie with the Pope's comments, but with the violent reaction of extremists.

This example of "solidarity" is more evidence of collusion between the Vatican and Brussels, yet more indications that the EU is a Catholic plot. Why else would a former Maoist communist spring so readily to the defence of the head of the Roman Catholic church?