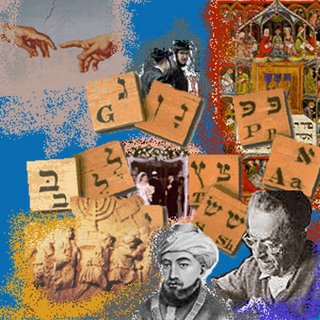 A couple of weeks ago, we quoted The American Thinker and, indeed, supported their question: will the British academics call for a boycott of Iranian ones, in the wake of the purge, proposed or ordered by President Mahmoud Ahmadinejad.

Well, we have heard nothing about that but 61 Irish academics, at least some of whom must know where Iran is and what is going on in that country, have called for a boycott …. of Israeli academics.

As the Rector of Bar-Ilan University points out:

“Academic boycott is not ethical and contravenes the principle of academic freedom.

Attempts to exclude Israel and Israeli academics for the purpose of isolation and demonization, overlooking history and decades of violence, are ethically unacceptable.”

What is curious about the Irish academics that, according to the news item, they are writing from all over the world. One would think that all these people who travel all over the world would know that Israeli universities have all kinds of students: Jewish, Muslim and Christian; that Israeli academics have all sorts of political opinions; and that there are countries that are far more oppressive in intellectual terms.

One would also hope that academics of whatever nationality would actually display some ability to research the truth behind facile media propaganda. The letter that these peripatetic academics have sent to their colleagues says, among other things:

Well, well, so these academics do not read the blogosphere and have not heard about Pallywood and Hezbollywood. They do not even appear to have heard of Hezbollah. Then again, they do not appear to know that Hamas has once again announced that it will not join any Palestinian government that negotiates with Israel.

Going on, the letter says:

“We feel it is time to heed the Palestinian call to take practical action to pressure Israel to comply with international law and basic human rights norms. Many national and European cultural and research institutions, including those funded by the EU regard Israel as a European state for the purposes of awarding grants and contracts.

Not just ignorant but lacking in logic as well. Grants and contracts are awarded to Israeli academic institutions because they happen to be quite good at various levels and that includes their Jewish, Muslim and Christian researchers.

There is the further problem that as far as, say, Hamas is concerned, all of Israel is an occupied territory. So, the Irish academics from all over the world are, in effect saying that Israeli institutions should be boycotted until Israel ceases to exist, after which the problem will no longer arise.

I wonder what the said academics would say if someone suggested boycotting various Arab universities because they do not allow anyone in except Muslims and, often, refuse women education; or Chinese universities until the occupation of Tibet ends and academic freedom is allowed without people being sent to the gulag for speaking up against the party?