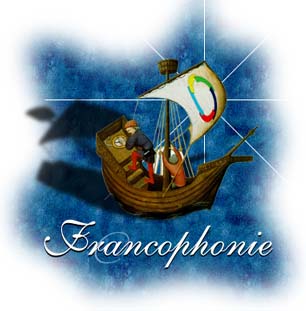 Oh dear, oh dear. Things are a bit troublesome in Francophonie, the world-wide organization that exists to counter the onward march of the English language.

It meets every two years in countries with large French-speaking population, such as Burkina Fasa or, as it were, Romania. It is, in fact, the latter country that is hosting the meeting this year, presumably, at least partly because France is once again attempting to spread its influence among the new member states of the European Union.

Romanian is a Latin language and, therefore, there has been a tendency in the past to learn French as the foreign language (except in the parts where they speak German of Hungarian).

The problem has come from the usual source: who is to be invited. Thus the pro-Syrian Lebanese President Emile Lahoud, ostensibly because of the UN report that had implicated his government and the Syrian one in the murder of the former Prime Minister Rafiq Hariri.

By acting in this unconscionable fashion, President Lahoud went on, Chirac was

harm[ing] principles of Francophone and the historic and deep-rooted relations between Lebanon and France.

In the meantime, Prime Minister Fouad Siniora, who had been invited, refused to go, sending as his personal representative, the Culture Minister.