What more can you say? 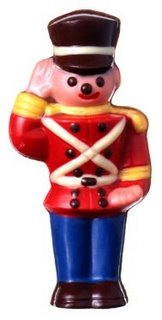 NATO yesterday failed to find any volunteers to contribute 2,500 reinforcements that are needed for combat duty in Afghanistan. After two days of talks in Portoroz, Slovenia, defence ministers from the 26-nation alliance said that nobody had produced the reserve force, first requested by Nato commanders more than three weeks ago.

"There was no offer of more troops. There were some encouraging signs but it is unlikely anything will be decided until our next meeting in Riga in November," said a British official at the talks.

I can't make up my mind whether this is a deliberate ploy by the "Europeans" to bring down Nato or whether this simply reflects the gutless, anti-militaristic nature of European society. Either way, Nato is proving to be about as much use as a chocolate fireguard.