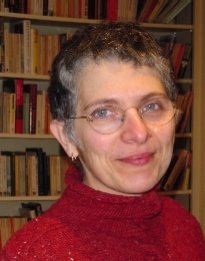 The Parliamentary All-Party Inquiry Into Antisemitism, whose report makes for interesting reading, says the following about Melanie Phillips’s written evidence:

In her written submission Melanie Phillips expressed the view that, with Israel being blamed for endangering the free world, the only Jews who are considered respectable are those who distance themselves from Israel. She says: "British Jews who try to defend Israel against these calumnies and uphold its right to defend itself against genocide are accused of 'dual loyalty'."

I suspect most of us have come across those attitudes, not least in the main-stream media or, as Rush Limbaugh describes them, the drive-by media. I remember discussing the matter with a very proper young man who had been in the army, was doing a second degree in International Relations or Politics and, I suspect, was aiming to join the Foreign Office. When I asked whether Israel had the right to defend itself, his comment was "well, -ish". He, or perhaps his tutor, had decided in their wisdom that, uniquely, Israel had no right to defend itself and its enemies had every right to do what they liked up to and including complete genocide, as threatened by a number of leaders in the countries that surround it.