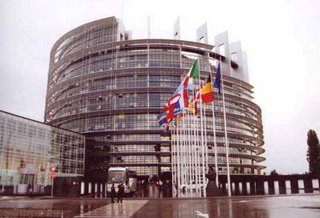 The next three weeks is party conference time - a pretty miserable interval for anyone in Britain who is interested in serious politics. We are now to be tormented by the slap-stick version practised by our joke political parties, of which we suffer three – the Liberal Democrats (most often known as the Lib-Dims), the (New) Labour Party (or Zanu-Lab as it is sometimes called) and the Conservative Party (more usually called the Tories, by friends and enemies alike).

The Lib-Dims go first, filling their agenda with endless policy debates of increasing unreality – like the current proposals to increase annual car tax from £190 for a modest saloon to £2000, and to add £2000 to the annual Council Tax bill. To follow is Zanu-Lab and then come the Tories, all with their carefully controlled agendas and stage-managed presentations.

Unsurprisingly, while the media pretends to take all this garbage seriously, filling acres of news space and wasting gigawatts of broadcasting power on coverage - and the more pretentious of the blogging community rush in to play at being journalists - sensible people in the political game try to arrange their holidays for this period or find urgent work abroad.

By contrast, for this short period, even our real government in Brussels looks vaguely interesting, especially as it is on the verge of being hoist with its own petard.