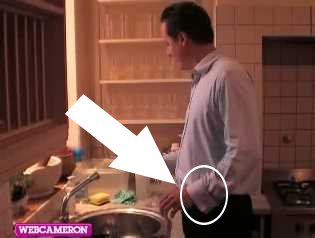 "Right now, I'm going to wash up the porridge…". So says the Boy King in his new yuk-making venture into popular politics - his own blog with embedded video clips.

In going for webcasts, the Boy is attempting to communicate with the "yoof" who do not read newspapers. "Lots of young people now don't bother with newspapers - they see that as the dead wood industry and they get their news off the internet," he says. "But we're not really there communicating with them so... I'm launching a totally new idea in British politics."

Actually, Dave, it's "dead tree sellers", not "dead wood industry". There is nothing quite so pathetic as someone trying to come over as "cool" by rattling off the jargon and getting it wrong. 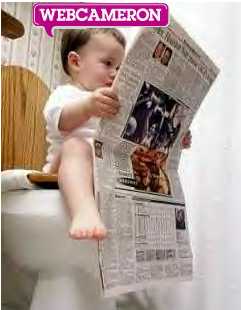 And get it wrong he most certainly does: talking to camera, the Boy makes out as if he is about to do the washing-up – a man of the people no less. But have you ever seen anyone do it with his sleeves rolled down, wearing cuff-links?

You can actually read a lot of things into gaffes like this. They show, deep down, that the Boy isn't really on the same planet as the rest of us, which probably explains why he is getting such crap poll results. He is just another of those Tory toffs with his head so far up his own … that he can no longer see daylight.

But, as the song goes.. "it can only get worse". I think that was how it went. Matthew Parris is worth reading on the subject.