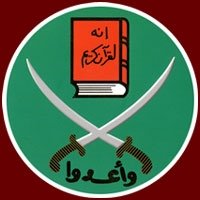 It looks like this one will run and run. I was going to devote part 2 of “Choosing sides” to an account and analysis of the meeting I attended on the subject of Israel and the media. Alas, that will have to wait at least one more day.

Instead, here is a choice morsel of news about people choosing the (wrong) side. The Netherlands National News Agency reported a couple of weeks ago that the Netherlands Scientific Council for Government Policy (WRR) came up with a corker of a report. (One wonders, incidentally, what the definition of “scientific” is in this case.

The Report poured shame on all Dutch legislators and, indeed, Dutch people for endlessly lambasting Islam and Islamists instead of criticizing more seriously “friendly countries such as the US, Israel and Russia”.

Whether Russia is a friendly country is a moot point and, undoubtedly, its human rights record is dismal as is the behaviour of Russian troops and security forces in Chechnya, a much more complicated problem than some people try to make out.

Undoubtedly, there is room for criticism of the US and Israel and its governments. They are only countries and the governments are … well, just that, governments. But to say that we should concentrate on criticizing them and forget the far worse behaviour of numerous Muslim countries, not to mention gangs of thugs who burn churches, threaten everyone who says anything critical of anything Muslim and murder nuns is, to display a very peculiar attitude to the world. And that is putting it mildly.

The Report was supposed to be presented to Commission Vice President Franco Frattini but we have not heard how he received it. Given that Frattini has been making tough statements on the need to fight terrorism, on control of immigration (particularly if this involved further integration) and on the need to support Pope Benedict XVI, it is unlikely that he was overimpressed by the Dutch Scientific Council.

The researcher, Jan Schoonenboom, had presented the report to the Dutch parliament in April, where it was given short shrift.

In April, when it was presented to the Lower House, he stated that the debate in the Netherlands was dominated by "Islam-bashing". He advised the Dutch government "not to be so spastic about Sharia law" and to "support the moderate Islamic powers much more, such as the Muslim Brotherhood in Egypt and Hezbollah in Lebanon." He added "we must address Russia more forcefully on human rights violations in Chechnya, Israel for its decades of ignoring UN resolutions and the US regarding Guantanamo Bay."

One wonders whether Mr Schoonenboom actually knows anything about the Muslim Brotherhood, the precursor of most of the Islamist terrorist organizations of today or about Hezbollah and its treatment of all those who oppose it, be they Jewish (preferably), Christian or Muslim. And, errm, just exactly what does he think Sharia law says about the treatment of women, for instance, or about freedom of speech or about the freedom to carry out scientific enquiries?

It is reassuring to know that the findings of this so-called Scientific Council were rubbished by various Dutch politicians on all sides of the spectrum. It is a little less reassuring to think that research of this calibre and of such political stupidity can be done at the taxpayers’ expense anywhere.