A failure to communicate 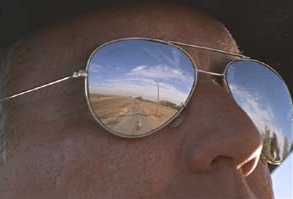 Argue all you like – the decision of this blog is final (until my co-editor weighs in). The most memorable line in any film, for all time, comes in that fabulous scene in Cool Hand Luke, when Luke is returned to the prison after an abortive escape attempt, to be confronted with the "Captain" – mirror glasses and all – who declares in that wonderfully laconic drawl, "What we've got here is … failure to communicate".

Anyhow, it is precisely that "failure to communicate" which is still troubling the "colleagues" in the European Union, to which effect the EU parliament has commissioned a series of reports from its favourite think-tank, the Centre for European Policy Studies.

Theses reports, according to the summary in Euractiv complain that there are still weaknesses in the commission's strategy which means that the EU as a whole is still failing to "reconnect to its citizens".

One cannot avoid the comment - which we've no doubt made before - that an organisation that is trying to "reconnect" when it has never connected in the first place hasn't even got past first base.

Predictably, though, the CEPS studies find a "lack of resources" and "inflexible internal rules for financial control" as the main culprits for a failing communication strategy.

Inevitably, a bureaucratic organisation will always complain of lack of resources – their standard response is always to throw more money (other peoples' money) at a problem, so it is the problem of "inflexible internal rules" that is especially interesting.

According to a high-level official this is because the executive "still has a bureaucratic culture of non-communication where the making of legislation is more important than the communication with citizens". Apparently, the current financing rules are too strict and prevent the commission handling the "mostly small amounts of money for communication measures more flexibly".

In other words, they can handle the big, legalistic projects that take months and years to plan and set up but, when it comes to acting quickly and flexibly, in response to rapidly changing circumstances, the rules and procedures are slowing the corporate monster down.

CEPS is arguing that the system should be decentralised, giving commission representations in the member states the necessary resources to do the communications job locally. It then spoils it all by suggesting that "more common standards" are needed – i.e., more centralisation.

In a way, this is all very encouraging. What the CEPS is advocating are the very two things a vast, centralised bureaucracy cannot do – acting locally and flexibly. And, if those two elements are the key to success, as the CEPS seems to think they are, then they are effectively (albeit unwittingly) writing off any chances of an EU communications strategy ever being effective.

On the other hand, for all the poverty of the eurosceptic movement, it is certainly decentralised and it can be highly flexible, not least because there is no central direction. In the final analysis, that may be why we are going to win.