The fate of the Union? 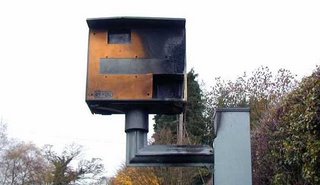 With the publication yesterday of the Department for Transport's (DfT) road safety statistics for last year, there has been much focus on the revelation that – contrary to previous official assertions – "speeding" is not a major killer on our roads.

Up to press, the official line has always been that excessive speed is a contributory factor in a third of all accidents but, what transpires from the latest set of figures (summary here) is that "speeding" – defined as exceeding the speed limit – is a factor in only five percent of accidents (1 in 20).

Why the authorities should be so obsessive about speeding, therefore, has always been something of a mystery, except that it has the advantage of something that can easily be measured and is therefore relatively easy to enforce.

But, another important factor – of which most people are entirely unaware – is the European Union. On 12 September 2001, when the EU commission defined the road safety targets to be reached by 2010 in its Transport White Paper, it too singled out “speed” as the major issue and, in its list of priorities called for tighter enforcement of speeding laws. 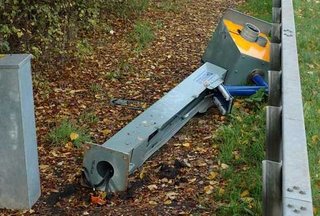 If not actually the cause of the speed camera blitz, therefore, the EU has been right in there supporting the mindless morons and the government liars who have been quite deliberately distorting the presentation of the data and confusing the issues.

Even yesterday, in the official DfT press releases, the weasels were out in full force, highlighting that: 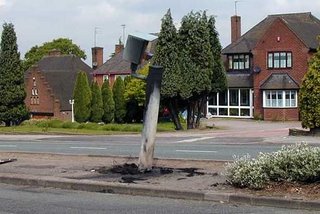 And that is how they do it, eliding "too fast for conditions" – a variable independent of the speed limit – with exceeding the speed limit. But, whereas the latter is amenable to speed enforcement, the former is not. By such legerdemain, though, is the bulk of enforcement effort distorted, with effects that have been pointed out by Paul Smith of the organisation Safespeed.

Smith thus argues that the obsession with speed limit enforcement, increasingly through the use of speed cameras, is counter-productive. And such is the malign effect that the rate of decline in the death rate due to road accidents has tailed off. When it comes to serious injuries, data from the British Medical Journal suggests that there has been no fall at all, year on year.

Pro-camera advocates – not least those who benefit financially from them – still insist, however, that their loathsome tools should be called "safety" rather than "speed" cameras, but the evidence it now pointing to another possible appellation – like "death cameras". Ironically, the very measures which the EU supports and encourages are preventing the UK from reaching the targets that the EU itself has set.

As for possible solutions, the pictures above happily illustrate options which could apply equally to cameras and the European Union. It really is interesting, though, to see quite how many people believe burning is the most appropriate answer (more here and here).