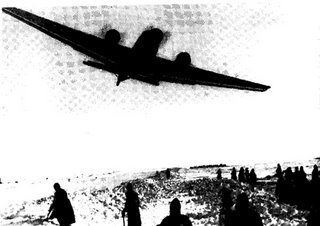 The news that almost 180 British soldiers have been recommended for gallantry awards for their efforts in Afghanistan, including "several" Victoria Crosses, brings to mind the last days of the siege of Stalingrad, when Junkers 52s from Hitler's Luftwaffe were despatched to airdrop container-loads of Iron Crosses to the beleaguered troops of the 6th Army.

That is not in any way to disparage the bravery of our troops but, as The Daily Telegraph remarks, the scale of the awards suggests a conflict out of all proportion to the security operation first outlined by the government when Britain committed forces to southern Afghanistan in January. John Reid, the then Defence Secretary, expressed the hope that the troops might be able to get in and out of Helmand without firing a shot.