What is wrong with these gormless hacks? 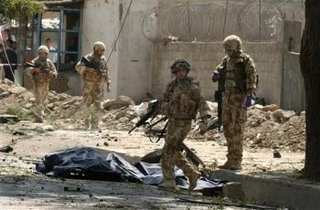 Under the heading, "They deserve more", The Sunday Telegraph today is launching a campaign to "get the Government to reward our soldiers properly".

Central to this campaign is the argument that the government now pays a newly qualified teacher £52.49 per day whereas a private "dodging bullets, bombs and missiles in Afghanistan is paid £39.24p a day for the privilege".

Illustrating just how lame this argument is, the paper is referring to the lowest level of wage, which would be paid to an 18-year-old soldier after 20 weeks of (free) training, a young man who may have no qualifications or experience.

By the time a soldier reaches the age of 21 – the age at which a newly qualified teacher might start – he will be on £54.60 a day (with no student loan repayments), unless of course he has been promoted, whence as a lance-corporal he will be earning £57.10 or, as a Corporal, a minimum of £64.48p. And, of course, certain specialists (such as parachutists) receive additional special pay, currently £4.85 per day.

Add to that a non-contributory pension – which can be carried over to other careers – plus tax-free lump sum after completing 18 years service, and the last problem soldiers have is their pay-scale. It is certainly not, as The Sunday Telegraph claims, a "pathetically inadequate level of pay", and far from being an "outrage". 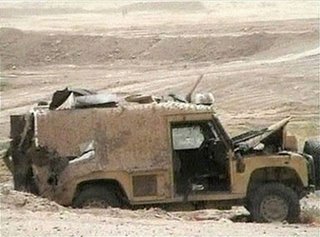 What is an outrage though is their pathetic level of equipment, which Booker addresses in his column. He writes:

When Cpl Mark Wright of 3 Para was killed in Afghanistan on Wednesday, attempting to rescue six comrades who had been badly injured when their patrol vehicle was hit by a mine, this brought to 35 the number of our Armed Forces killed since their new deployment in Helmand. The Ministry of Defence (MoD) has been at pains to conceal the vehicle's identity, but the evidence suggests that yet again it was a Snatch Land Rover.

When Canadian and German patrols were also hit by explosive devices, their occupants escaped largely unscathed because their vehicles, an RG-31 and a Dingo, are designed to be "mine protected". This underlined the MoD's scarcely believable folly in sending our troops into action in Afghanistan and Iraq in unprotected vehicles, with the wholly predictable result that more than 30 have now died.

The MoD seeks to reassure us that it will soon be sending 100 Pinzgauer patrol vehicles to Afghanistan, costing £487,000 each. What they do not admit is that these "coffins on wheels", as they are known, offer less mine protection than the £60,000 Land Rovers. Meanwhile the RG-31s used by our allies, costing just £320,000, have saved scores of lives. Not the least forgivable aspect is how the MoD uses spin and deceit to conceal its incompetence.

Put it to the average soldier to whether they would prefer a wage rise, or decent kit that might keep them alive, and I have no doubt where their choice would lie.

So what is it with these gormless hacks that they so consistently grab the wrong end of the stick?