Nothing seems to change 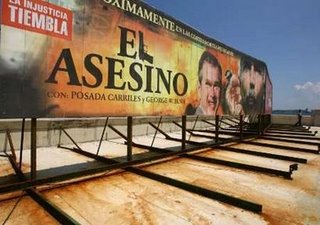 The Non-Aligned Movement started in the 1950s, supposedly as a third way between the Communist camp, led by the Soviet Union and the Western camp, led by the United States. As the leading actors of this Movement were Pandit Nehru, the openly fellow-travelling Prime Minister of India (the country is well rid of him and, one hopes, his entire family) and Tito, one can seriously doubt its non-aligned nature.

Democracy Project refers to it, quite correctly, “as a lever for aid from each” but it was also a political weapon frequently used by the USSR in the United Nations and the burgeoning trans-national movement.

Things went slightly wrong over Afghanistan. With a large proportion of the NAM countries being Muslim they found it difficult to go on being pro-Soviet in the face of the blatant aggression. (Incidentally, it is worth emphasising that for several decades before the 1979, or to be quite precise, before growing Soviet interference Afghanistan was not a problem in international terms and was not particularly oppressive. The problems the world has had with that country and is still facing have grown out of those events.)

The results of the Soviet invasion of Afghanistan were far-reaching, as they contributed to the collapse of the Soviet system and the withdrawal of Soviet funds from various dictators and unpleasant vaguely Communist or Marxist parties. For a while there was some toing and froing and it even began to look like some of the Third World countries might slowly move towards some form of democracy and openness, politically and economically.

The jury is still out on some of the countries (not India, as it happens, which is doing remarkably well at the moment but, then, it is an Anglospheric country) but the Non-Aligned Movement is still with us and still bellyaching.

It can no longer play one superpower against each other in order to get aid, though the European Union would love to be in the position the Soviet Union was. (As the Russians say, “their guts are too thin”.)

So, instead, the NAM has readjusted its position to being solely, rather than just primarily, anti-American, claiming the virtues of multilateralism and anti-unipolarism for themselves.

118 of these countries (all members of the wondrous UN) are meeting in Cuba, that well-known (at least, to the BBC) haven of peace, freedom and brotherhood. Among those present are Mahmoud Ahmadinejad of Iran and Hugo Chávez of Venezuela, both of whom, as we know are then heading to New York City for the opening of the UN General Assembly.

Who else is there?

“Among some 50 leaders attending the heads of state portion of the Havana summit will be some of the world's most controversial political figures, including Iranian President Mahmoud Ahmadinejad, Venezuela's Chavez, President Robert Mugabe of Zimbabwe, Sudan's Omar al-Bashir and Syrian President Bashar al-Assad. North Korea will be represented by Kim Jong-il's deputy, Kim Yong-nam. Whether ailing Cuban President Fidel Castro will attend remains unclear.”

I am not sure “controversial” is quite the word I would use but Democracy Project is quoting CNS Report.

Here is a summary of the aims of this organization:

“Among the summit's purposes, it says, is "to condemn all manifestations of unilateralism and actions marked by attempts at hegemonic domination."

Principles guiding the NAM include "non-interference" in other states' affairs, "abstention from ... exerting pressure or coercion on other countries" and "abstention from resorting to the threat or use of force."

The document calls on NAM members to strengthen "multilateralism" and to work together at the U.N. and other international agencies on issues of priority to the movement.

These priorities, as listed, include "the rejection of unilateralism and the attempt to impose a unipolar world," "the condemnation and rejection of the imposition of coercive unilateral measures" and "the support of the Palestinian cause."

Apart from the statement on the "present international situation," NAM representatives also will adopt other statements, including a final summit declaration which - according to its draft - expresses support for Venezuela's populist left-wing president, Hugo Chavez, and concern about "aggressive" U.S. policies against his government.”

Good to know that when Chávez interferes in other countries’ affairs it is not interference. In fact, one would guess it is brotherly assistance and support.

It seems that the draft declaration on terrorism, which condemns Israel but does not even mention Hezbollah or, one assumes, any other terrorist organization has upset even Amnesty International, an organization not given to fair-mindedness or, even, sensible comments. In fact, the sooner Amnesty International gets back to what it was set up to do, that is campaigning for prisoners of conscience (just a few in Cuba, Iran and other countries we can think of) the better for all concerned, especially the unhappy staff of that organization.

On the other hand, if this meeting managed to provoke Amnesty International into making a more or less rational statement about the situation in Lebanon and northern Israel, some good may have been achieved, though inadvertently.

Anne Bayefsky’s comment in the New York Sun is to the point:

“Together, these nations represent the majority of the 132 developing states and the majority of 192 U.N. members. They are unified not by a desire to democratize, or even to develop, since many are quite content with kingdoms and with servitude in their own backyards. They are a team because they are adroit at U.N. politics, and they have learned that the cartel is good for business. This holds true particularly for the largest single bloc amongst them – the 56-member Organization of the Islamic Conference.”

And no, in case you are wondering, their various ambassadors to the UN and other minions will not leave the despised flesh-pots of Manhattan. They will never try to relocate the UN headquarters to one of those non-aligned countries.

Of course, what really worries the richer Non-Aligned Countries (none of whose population is even remotely well-off) is the possible fluctuation in oil prices and what that will mean to the income of those at the top of those countries. Words are cheap, fuel is not.

Just to remind us of the historic past of the Non-Aligned Movement, huge posters have appeared in Cuba, “advertising”:

Now Posada Carriles is really a controversial character. A leading anti-Castro and anti-Communist activist he has been accused of numerous terrorist actions by the Cuban and Venezuelan governments. Perhaps Amnesty International could investigate the truth of those accusations.