Invasion of the blogosphere 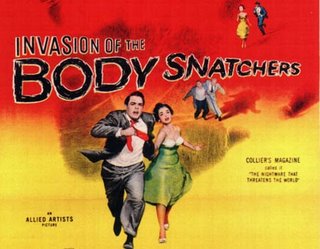 Waking up to the growing power of the blogs, the media and political establishment are moving in to neutralise the threat, using time-honoured techniques perfected during centuries of colonial rule and through keeping the great unwashed in their place.

Their use is typified in a web report from Channel 4 News on the Labour Party conference, hilariously entitled, "What the bloggers say".

If the popular view of bloggers is of "citizen journalists" looking in from the outside, Channel 4's idea of "the view on the blogosphere" is somewhat different. It starts off with a link to that famous "citizen journalist", none other than the BBC's political editor Nick Robinson who, it declares, "encapsulates the mood".

Next on the list of the "citizen journalists" is Kerron Cross, a local district councillor in South Oxhey and senior parliamentary assistant to a Labour MP, followed by Jonathan Roberts, an officer of Thirsk and Malton Constituency Labour Party, a Town Councillor campaigning for local Fair Trade initiatives and executive officer of the Labour Movement for Europe.

To add balance to this impressive line-up of "citizen journalists", we get Labour MP Michael Meacher and then, just to prove that this is really about bringing power to the people, Channel 4 brings in a "token ethnic", in the form of Omar's Blog (daily average hits 27) to make a comment of stunning predictability and blandness.

What we can see here is the obvious technique – creating a parallel body which appears to be the real thing but isn't, which can be relied upon to say the "right" things and can freeze out any dissident comment. All the time though, this allows you to say you are "listening" to the blogosphere.

Channel 4 is not the only organisation to adopt such tactics. The Tory establishment is doing likewise, funnelling readers into a carefully selected list of semi-approved sites, the occasional licensed dissident, who offers the usual diet of trivia but can be relied upon to stop short of offering any damaging criticism, the safe pair of hands, and the media pals, none of whom will rock the boat.

By carefully ignoring any sites that do offer genuine criticisms of the establishment, and promoting those which are "safe" – not least by creating faux lists of "top blogs", dissent is absorbed, diverted or contained. Stand by for the Channel 4 awards for the top political blogs of the year. And the winner is… stand up Nick Robinson!

This is how the establishment works: nothing so blunt as censorship or harassment. We did not rule half the planet and come away learning nothing – we bribe the compliant, divide and rule and then marginalise the opposition.

Welcome to the British political "blogsphere", a scene with all the power and vitality of a neutered tomcat.