Give me money, that's what I want 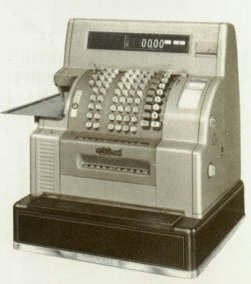 Following this, I wrote to The Telegraph Group asking for details of the prices charged for a general license for the occasional use of Telegraph photographs on our blog, and the terms and conditions of such use. I have received the following response:

Thank you for your email. I followed the link you kindly sent me to your blog site, where I saw the letter from our Group Managing Editor and various comments posted in response.

Before answering your question directly, let me say this: the overwhelming majority of pictures we publish are not the property of Telegraph Group Limited. Copyright is retained by the photographers/artists who create them. These are almost invariably self-employed and make their livings solely from licensing us and other publishers to reproduce their material. In the case of photographers such as Heathcliff O'Malley, who spent many months in Iraq during the war, they have gone to considerable trouble and personal risk in building up their libraries of material. It is not fair or right that others should be able to exploit their property for free. With respect it is irrelevant whether you make money from using their material: the effect is to diminish the exclusivity and make their pictures less marketable in the future.

The Telegraph's Syndication department is an agency that represents the interests of our regular writers and photographers in exchange for a prearranged commission. We have a duty to police illegal use of their material and protect their interests.

Having looked at the site again I see a few of our images have been removed but I would be grateful if you could remove all photographs until we have an agreement about the fees to the photographers.

Our standard rate for the use of an image on a website is £70. It must be also guaranteed that the image is used within the same context of its original publication

Taken literally, Bentley is demanding that we remove all photographs from the site, whether they have anything to do with the Telegraph or not. This surely cannot be his meaning and, in any case, we have refused.

As to the fees which the Telegraph Group wishes to charge, clearly these are absurd for a non-revenue earning blog, especially as we might put up as many as five (or more) posts in one day, some with multiple pics. Clearly, the intent is to seek to prevent their use, rather than protect the interests of the photographers - which is the claim made.

If the Telegraph Group was actually interested in the welfare of its photographers, it would arrange for a realistic fee which people could and would be prepared to pay, obtaining some money rather than none at all - and engendering considerable goodwill (and free advertising) in the process. Given the number of blogs there are, the overall revenue might not be insignificant.

The special pleading by Bentley, invoking Heathcliff O'Malley's name, therefore, is especially interesting. We are told he "spent many months in Iraq during the war, they have gone to considerable trouble and personal risk in building up their libraries of material. It is not fair or right that others should be able to exploit their property for free."

However, if his and any other photographs were published then presumably, they were paid for and the photographer has gained an income. That the Telegraph Group is then asking that he should be paid again and again for the same photograph, ad infinitum is an interesting concept - and lies at the basis of syndication rights. However, while the intent may be sound, where blogging is concerned, there is often no revenue to obtain (certainly not at the fee level proposed) and, therefore, the effect is to prevent blogs using photographs rather than protecting photographers' incomes.

Since these images are very often part of the story, this also has the effect of closing down debate. Imagine, for instance, if the agencies and newspapers had enforced their "rights" over the Qanagate issue and the Beruit photoshopping. Clearly, therefore, there are sides to this issue but, as it stands, The Telegraph Group is not living in the real world.

Incidentally, The Sunday Telegraph has just fired two of its loyal and especially dedicated staff photographers (and its picture editor) for no other reason than maximising the profitability of the group, so we can take the expressions of concern for photographers with something of a pinch of salt.