The challenge of reality 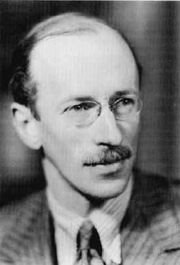 If one were to try and guess what either or both Basil Liddell Hart (left) and JFC Fuller were thinking at this moment – presumably as they perched on their lofty celestial clouds (or perhaps not in the case of Fuller) - it is difficult to decide whether they would be laughing or crying.

Both of them armoured warfare theorists in the inter-war period and strong advocates of the tank, they might perhaps be amused – in an ironic sort of way - by the news that the Canadian government has ordered its armed forces to prepare 120 troops and 15 Leopard tanks to send to Afghanistan as early as next week.

This is the government which used has 66 of these machines but was in the process of trimming the fleet to about 44 vehicles, judging them costly and less useful than in the Cold War era, having succumbed to the current military fashion for medium-weight wheeled armoured vehicles.

What has the hallmarks of a sudden decision follows changes in Taliban tactics in southwestern Afghanistan, where the 2,200 Canadian forces contingent is heavily committed in Operation Medusa to clearing out the Taliban from Kandahar province. 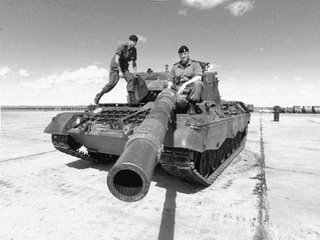 According to Canadian deputy commander Colonel Fred Lewis, the Taliban appear to be concentrating forces and digging in defences - moving to what he called "semi-conventional" combat, compared to guerrilla-style tactics employed before. In this scenario, the tanks would provide well-protected firepower to blast away and plough over such defences.

Interestingly, at 42 tons, the Leopards are considerably lighter than the US Abrams tank – weighing in at 65 tons – are more lightly armed with a 105mm gun as opposed to the Abram’s 120mm, but they are also faster. They may prove a better weapon against lightly armed irregulars, providing the Canadian all-arms co-operation is good enough to protect them from the ubiquitous RPG-7s.

But the crucial issue here is that, yet again, another army is turning to heavier armour. This follows in the wake of the US and Israeli armies, who have found that there is no substitute for thick steel when protection is needed, reversing the thinking of recent decades where the tank has been considered redundant on the modern battlefield. 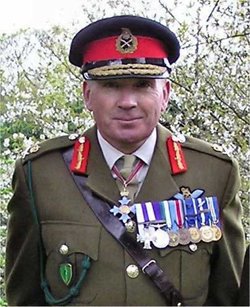 The news comes little more than a week after the new British Chief of the General Staff (the professional head of the British Army), Sir Richard Dannatt , has called for a debate on defence spending, questioning whether the five percent of public spending (about £30bn) on defence was sufficient.

A similar line was taken by The Times but it must surely be getting to the point where there must be a similar debate on what equipment is needed by our forces, who are committed to so-called "asymmetric" conflicts for the foreseeable future. Not least, the big-spending projects like the £14 billion FRES project must be reconsidered, now that the former CGS, General Sir Mike Jackson – and champion of the project – has departed.

The problem is, of course, that – nominally – the UK government is still committed to Chirac's dream of a European Rapid Reaction Force (ERRF), of which the FRES concept is an integral part. Will Blair have the courage to tell L’Escroc that he needs to ditch the dream or will we have to wait for his successor – presumably Gordon Brown – to break the bad news to Chirac's successor?

Therein, however, lies danger. So laboriously has the ERRF deal been stitched up that unravelling it and its component parts, like the European Capabilities Action Plan and establishing the EU Battlegroups (with plans only finalised in 2005), would open up a such a can of worms that the "colleagues" might resist any review. They could instead put pressure on member state signatories to honour their commitments and maintain their European fantasy.

Thus, while most of the forces which are actually in contact with the enemy are having to revise their thinking – and their equipment programmes – to deal with the realities on the ground, the British government may find itself under pressure to stick to the programme agreed with the "colleagues".

Whether a new prime minister will rise to the challenge – the challenge of reality versus dogma – and resist the pressure, will be an important test. Many lives will depend on the result.