In their tender care - revisited 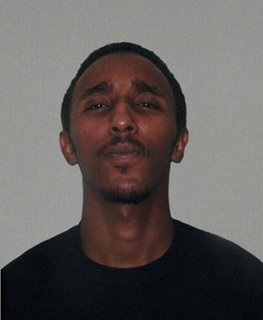 In May last, we wrote about the Somali criminal Mustaf (aka Mustafa) Jama, implicated in the murder of policewoman Sharon Beshenivsky, who had been freed from prison instead of being considered for deportation.

Jama was one of a thousand or so foreign criminals who had been released in this way, the subsequent furore causing the then current Home Secretary Charles Clarke to resign and the Home Office to be labelled "not fit for purpose".

His successor, John Reid, soon after his appointment as Home Secretary, said he would "move heaven and earth" to find the prisoners and there were almost daily questions in the House of Commons about the number recovered.

But now, we learn from The Sunday Telegraph in a fine piece of reporting by Ben Leapman, Home Affairs Correspondent, that the hunt has been quietly abandoned and the team of 60 police and probation and immigration officers spearheading the hunt has been disbanded.

At the last count, however, more than 400 of the prisoners had not been traced. They included 74 violent and sexual offenders, seven of them guilty of murder , manslaughter, rape or sexual offences against children. The Home Office conceded yesterday that the manhunt (including searching for Mustaf Jama) was no longer a "priority", despite so many offenders remaining at large. 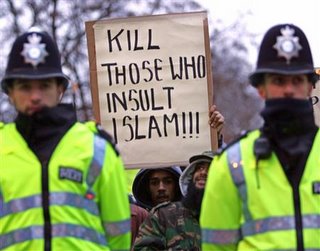 Come to think of it, we have heard nothing of any more arrests after the Muslim demonstration in London last February, when they were protesting against the Danish cartoons. There certainly have been no prosecutions that we can recall, despite strong public revulsion against the inflammatory placards.

Should we not be grateful, therefore, that our government is so diligent in looking after our safety?