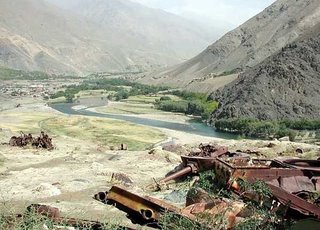 If nothing else, the last-minute intervention of the Polish government, in volunteering an additional 900 troops for deployment in Afghanistan, has temporarily saved the reputation of Nato. Failure to have fielded any additional forces would, as SecGen Jaap de Hoop Scheffer made clear, have called into question the whole future of Nato as a viable military alliance.

One cannot help thinking, in this context, that this may well one of the factors that have been behind the reluctance of European governments to contribute troops. Expediting the demise of Nato has perhaps influenced members such as France, Italy and Germany, which are particularly keen to establish an autonomous military capability under the EU banner.

That it also puts the UK "on the rack" might also be seen as a beneficial outcome – a coded warning to future British governments that unless military action is planned within the EU framework, the support of the "colleagues" cannot be assured.

However, while Nato may live to see another day – but probably not many more – the Polish announcement does not offer immediate relief. The troops are not scheduled to arrive in theatre until February next year, and then they are to be deployed in the east rather than the south where Gen. Richards has called urgently for a mobile reserve.

In effect, the offering is too late to affect the immediate outcome of the current battles and will be going to the wrong area. Furthermore, winter will be here. This will force a slackening of campaigning and also give the Taliban an opportunity to regroup.

Then, without in any way denigrating the courage and determination of individual soldiers, the Polish Army is not yet amongst the most capable in the world rankings. 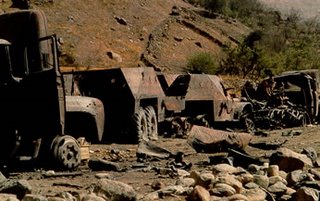 As an amusing but relevant digression, a very good friend of mine – now sadly deceased – was a military aviation fanatic and in the top world rankings of plastic aero-modelling. His models were so good that you could almost have been looking at the real thing. In recognition of his reputation, he was once invited to judge an international competition of military vehicle modelling. To the dismay of the organisers (and competitors) as he walked into the hall where hundreds of models awaited his inspection, his eyes lit up and he pronounced loudly and firmly, "Ah! Targets!"

Certainly, this was the fate of many of the Soviet units which were despatched to Afghanistan, some with equipment which dated from 1946 (the picture above right shows BTR152 APCs which were first introduced at that time). It took time for the Soviet tactics to evolve and, where they did achieve military success, it was with the combination of special troops (Spetznatz), attack helicopters – mainly the Mi 24 Hind and, latterly, the Su-25 "Frogfoot" (below left), the Soviet equivalent of the US A-10. 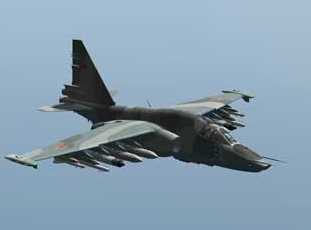 While the Soviets were eventually forced to withdraw in 1989, theirs was not entirely a military defeat but, like Vietnam for the Americans, was brought about by failures on the political front, both domestically and internationally. It would this be a brave – and stupid – man that ignored the Soviet military experience in Afghanistan, and failed to learn from the successes they did have.

But that is precisely what the western powers are doing. The Soviet campaign underlined the role of airlift for re-supply, the vital need for attack helicopters and all-weather, fixed wing ground attack aircraft and for high levels of mobility and firepower. These are precisely the assets which are most lacking in the current campaign.

Without this type of modern equipment necessary to fight a counterinsurgency, the fear is that the Polish forces may prove of little value and could instead be a liability, as indeed are the other forces – and especially the British – which simply do not have the equipment to do the job.