Just how valuable is public opinion?

Some readers of this blog might have noted my great love for war-time propaganda films. I have now seen a goodly number of them either at the National Film Theatre or, back in the days I still had one of them, on the goggle box. What I have always found slightly surprising is how many of them (as well as the number of thrillers published at the time) that dealt with fifth columnists. Some films give the impression that the country was absolutely honeycombed with groups and individuals at all social levels who sympathized with the Nazis and worked actively towards a German victory.

The best and best-known of these is the shattering “Went the Day Well?” but there were many others.

Naturally, I have thought, during a war, people must be alert; there will always be traitors, particularly if the war is to a very great extent an ideological one, and all others must be careful and vigilant. But was it really sensible to propagate the idea that a large proportion of the British population was not really involved in the war effort? Quite the contrary. Surely, that was completely untrue. 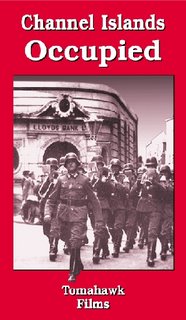 The question that inevitably arises from the films and the books of the period is to what extent that sort of attitude existed while the country was fighting to prevent the occupation. There can be no real answer to that, though we do know from recent publications of mass observation opinion polls that there was a huge support for the “French solution” before and during the Battle of Britain and the Blitz. Not the majority, perhaps, but a sizeable minority thought that the war was being fought by Churchill and his cronies for their own purposes with no regard for the sacrifices made by the rest of the population.

Much of that opinion would have been expressed not as pro-Nazi but as peace-loving with a strong dislike for the “corrupt” and “oppressive” British regime. Noticeably, there was a shift in the opinion after June 22, 1941, when the Soviet Union found itself willy-nilly at war.

Yet the question of the fifth column and its extent remains troubling. The popularity of that fatuous slogan “Better Red than Dead” (as if people, whose countries were invaded or taken over had choices over such matters) increases one’s uncertainty though, as ever, ignorance is much more to blame than real wickedness or treasonous feelings.

Attitudes expressed by apparently sane and intelligent people in the last few years as the war against terrorism has become open (one of the many aspects of it all that people seem reluctant to admit is that the war was there long before 9/11 but we were losing it) have made me review my certainty that the picture presented of a wide-spread active or passive fifth column during the war was completely and incomprehensibly erroneous. Who knows?

Take Peter Riddell’s article in today’s Times about a recent Populus poll about terrorism and what Britain should do about it. One has to be very cautious about polls as people are influenced by immediate events, usually misrepresented by the MSM, in this case the Nimrod crash in Afghanistan that had killed 14 servicemen, and by the way the questions are phrased.

As the responses are not that different from those given to a recent YouGov poll, one must assume that these are realistic results. Whether they do reflect the thinking of the “voters” as Riddell would like us to believe, is much more questionable. The truth is that most people do not become “voters” until they approach that voting booth, when they are unlikely to recall what they said (or, more likely, what somebody else said) to some pollster months before.

A month ago, I wrote a posting on the subject of who should be running our foreign policy, a question that needs to be sorted out in people’s minds before we can even begin to think what the policy might be. The results of the Populus poll prove once again that the thinking in question has not been done on any level and that the passive fifth column in this latest war is far more wide-spread than we like to acknowledge.

“Nearly three quarters of the public (73 per cent) believe that “the British Government’s foreign policy, especially its support for the invasion of Iraq and refusal to demand an immediate ceasefire by Israel in the recent war against Hezbollah in Lebanon, has significantly increased the risk of terrorist attacks on Britain”.”

Great, just great. As Pajamas Media puts it in the link to the piece: “Leave Us Out of It”. This is not really opposing certain aspects of Blair’s foreign policy, a perfectly legitimate attitude, but is a completely ignorant and cowardly opinion that British foreign policy should be decided by anyone who feels like threatening this country. (Oh yes, and what would that demand for an immediate cease-fire have achieved?)

Going on from there:

“Moreover, three fifths (62 per cent) agree that “in order to reduce the risk of future terrorist attacks on Britain the Government should change its foreign policy, in particular by distancing itself from America, being more critical of Israel and declaring a timetable for withdrawing from Iraq”. Women (66 per cent) and Liberal Democrat voters (74 per cent) agree with this view particularly strongly.”

We have discussed at length on this blog the pernicious anti-Americanism so wide-spread in this country and the concomitant opposition to Israel with very little understanding or desire to acquire that understanding of what is really going on in those countries.

Then we start getting into real nonsense. 63 per cent believe that Islamist extremists hate the West and western values and even if the foreign policy changed they would find something else to oppose. At the same time 52 per cent think that

“even though there is no justification for terrorism, the British Government’s foreign policy, especially towards Iraq and the recent attacks on Lebanon by Israel, is anti-Muslim and it is understandable that many Muslims are offended by it”.

Why is it understandable? Given the age-old war that has been going on between different groups of Muslims, the idea that they should all unite somehow in their understanding of political developments is laughable. And if people of Pakistani descent who have lived in Britain all their lives care all that much about Lebanon why do they find the fact that NATO went in to help Muslims in Bosnia, Kosovo and, let us face it, Afghanistan, so utterly uninteresting.

Then we get to the wording: attacks on Lebanon or attacks on Hezbollah who have never been particularly bothered about killing Muslims who disagree with them. In the last couple of days we have had reports of more assassinations and attempted assassinations in Lebanon of people who oppose Syria. Does this offend any Muslims or, for that matter, the muppets who respond to these opinion polls? Probably, never heard of it.

Apparently, two thirds of the respondents feel BAA has been completely justified in introducing completely idiotic rules that would do nothing to increase our safety but make flying an even less pleasant experience than ever before and two thirds (is it the same two thirds, one wonders) disagrees with the very idea of any kind of focused investigation.

“Just a third believe that security checks should be “particularly focused on people who appear to be from the same ethnic or religious background as previous terrorists, rather than treating everyone as if they represent an equal risk”. But two thirds disagree.”

Why would we want to learn anything from the pattern that has emerged over the last decade and a half of terrorist attacks?

Meanwhile, EUObserver that seems to have accepted the mantra of the European project has come up with another opinion poll, conducted by the German Marshall Fund, an organization that has been a cheer-leader and enthusiastic participant in that project.

To start with, one rather wonders about the concept of a “majority of EU citizens” and about an opinion poll that is conducted across several countries with different populations in number and social make-up. It seems that “around 1,000 people” were interviewed in Germany, France, the UK, Spain, Italy, the Netherlands, Poland, Portugal and Slovakia and a majority spoke up for a single EU foreign minister, largely because they did not think very highly of President Bush’s foreign policy.

Whether one agrees with Bush’s foreign policy or not, he is not going to be president beyond some time in January 2009, the United States being a democracy bound by its constitution. To create a post that would represent an integrated foreign policy for the EU member states, that is to discard the idea of an independent foreign policy because of one American president, is fatuous. But 52 per cent agreed with the notion in Britain.

Of course, neither the German Marshal Fund nor EUObserver bothers to raise the small matter of what that single EU foreign minister would do. After all, as we have pointed out repeatedly, the EU’s record in the war against terror and the various recent international crises has not been particularly outstanding.