This may cheer up a lot of our readers 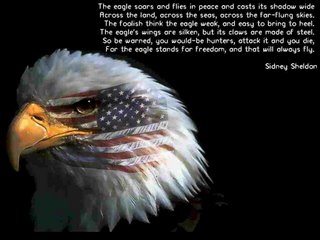 One of those days, I fear, with more to come. As I opened my e-mails I found one of those round robin ones, which can be rather funny. I read it through and it was only moderately so.

Somebody, who clearly has more free time than is good for him/her put together various “spooky” things about number 11 (and I don’t mean the bus either). The list started with the fact that New York City has 11 letters, adding for good measure that New York is the 11th state. Well, blow me down. And so what? Anyone who thinks bad luck accrues to NYC has never been there.

It carries on with Afghanistan having 11 letters and Ramsin Yuseb (man who tried to blow up the Twin Towers in 1993) has 11 letters (in this particular transliteration) as well as George W. Bush. Wow and double wow. Actually, his full name is George Walker Bush, which is 16 letters.

We then get lots of adding up of figures about those planes, always making sure that inconvenient facts such as the real number of people on them remain carefully hidden. None of it really matters until one gets to the supposed translation of Verse 9.11 of the Koran.

Admittedly, there are disagreements on what that Verse really says as this debunking site points out. But what amused me was the complete stupidity of the person who thought that the quoted translation was somehow eerie or spooky:

"The most recognised symbol for the US, after the Stars & Stripes, is the Eagle."

The following verse is taken from the Quran, the Islamic holy book:

To me that says that the Eagle is going to cleanse the lands of Allah, which would imply a victory for the Americans. The person who had sent me the e-mail could not understand what I meant when I pointed this out. You know what? I don’t really want that debunked but I guess it has to be.

Perhaps the Americans should have listened to Ben Franklin and adopted the turkey as their national symbol as an infinitely more useful bird.