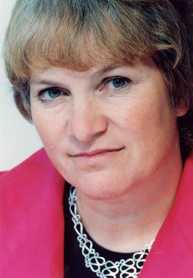 No this isn't another defence posting – it is about my current preoccupation: indolent (and rather stupid) hacks… who just happen to be writing about defence issues.

The rot started at the weekend, with The Sunday Telegraph starting its ill-judged campaign on soldiers' pay, bleating that an eighteen-year-old soldier got paid a starting wage slightly less than a qualified (and much older) teacher.

For sure, there are pay issues – mainly relating to some of the allowances that have been withdrawn – but any reference to Army pay scales shows that they are not ungenerous. Together with the opportunities for training and promotion – with the higher pay scales that go with them – the non-contributory pension and resettlement deals, the total package may not be a king's ransom but it is far from the "outrage" that The Sunday Telegraph would have us believe.

Such is the nature of modern hackery though that, no sooner is the virus in the system, then the other hacks pile in and copy each others' stories. First at the gate, yesterday, was The Independent, which ran a scandalised headline, "British soldiers risk death for less than the minimum wage".

They work this out by taking the average salary of a newly qualified soldier, applying a notional 16-hour day in a combat zone and calculating an hourly rate of £2.45 – less than the minimum wage. One could ask whether the Independent would find it acceptable that soldiers risk death, unnecessarily, for a higher rate of pay – but such niceties do not trouble this newspaper.

The Independent was not alone. It was joined by The Daily Express and, I gather, The Mail but, with those stories consigned to the archives, today was the turn of The Times to trot out the same mantra – this time via the keyboard of staff columnist Libby Purves. But, for her, the paper chooses a more lurid title: "A man's job on a boy's salary".

Despite this, the strap has a certain resonance, asking: "Who cares about feuding politicians when a soldier in Afghanistan is paid £2.45 (honestly) an hour?" The first part reflects our sentiment - with our troops engaged in fighting, this is no time for politicians to be squabbling about the leadership of the government. But, like the hacks before her – going for safety in numbers - Purves chooses to contrast this with the money: the wrong choice. We do not pay "blood money" and our soldiers are not mercenaries. If they're in it for the money, they're in the wrong job.

Nevertheless, with a clever-dick introduction to show what an important writer she is, Purves then launches into the well-worn thesis (not that she acknowledges that two newspapers have already had a go at it), cutting to the chase by paragraph six: "…a man with a year's training, engaged in Helmand, is taking (or more likely sending) home £1,150 a month — Is that fair?"

With some deft cutting and pasting and judicious editing to avoid making it look like the plagiarism it is, Purves then goes into sermonising mode, telling us:

…soldiers are different. Service people place themselves under obedience; they agree to be a tool of the State, not to ask questions or flounce off on a whim. Soldiers have to go to war even when they think it’s a nonsense; they are bound by loyalty to their fellows, Queen and country. Politicians are given the awesome responsibility of deploying this human loyalty, and they therefore have a massive duty of care towards the military, who are at their mercy. It is far greater than any imaginary duty to nag the rest of us about our weight, tell us how to think about Islam or pay us compensation for tripping over paving stones.

And they don't fulfil the duty to the forces. That matters. It matters far more than what Charles said Gordon says about Tony, and whether it might be Alan's chance. A plague on all their houses.

A nice flourish at the end and, wham, bam, thank-you ma'am! That’s another thousand quid in the Purves coffers – or whatever the current rate is for "superstar" writers - for not much more than an hour's work at the keyboard. Not for her the sixteen hours at less than minimum wage. I did suggest, in The Times comments that, if the lovely Libby was that concerned, she could always donate her salary to the cause. There is no chance of my post being published.

That, of course, is not the point. The real point is that the most pressing issues in Helmand and elsewhere are "overstretch" – not enough troops – and crap equipment.

Something of the latter comes over in The Daily Telegraph today, in an interview with Lt Gen David Richards, commander of Nato's International Security Assistance Force (ISAF) in Afghanistan.

He gives a bullish account of the campaign – which is precisely what you would expect. His job is not to fill the pages of newspapers but to hold the line – to stiffen resolve and morale, and to send a message to the enemy, the representatives of which will undoubtedly be scanning the western media for clues of Nato intentions.

Even despite this though, after the reports over the weekend of "beleaguered British forces marooned in isolated 'platoon houses' in the north of Helmand suffering daily attacks from the Taliban," Gen. Richards is on the back foot.

He makes it clear that the tactic was not of his making: "The platoon houses were occupied before I took command of this operation," he says. "I'm not going to be critical, but they are only one tactic. They have some benefits but they happened before I took command". He adds that the sole seeming advantage is that the platoon houses have acted as magnets to the insurgents who have taken heavy losses trying to take them. The disadvantage "is that we lacked sufficient manoeuvre capability to move around Helmand in a more hard-hitting role".

There it is – slightly between the lines – but there: "…we lacked sufficient manoeuvre capability". In other words, we lack the (armoured) vehicles, the medium and heavy-lift helicopters and – while we are about it – the tactical support helicopters, the artillery, the reconnaissance assets and all the rest of the kit needed to root the enemy out of his lair. And, if you lack those assets and want to engage the enemy, what else do you do but adopt the "Alamo tactic" of placing your troops in harms way, where the enemy cannot ignore them, and letting them take the hits.

That is at the heart of the problem and that is the problem the media should be addressing. And in this, for all her sermonising, does not Purves – and the rest of the band of dismal hacks – also realise that they too have a duty to the forces? Theirs is to seek out the inadequacies and failings of the government, to expose them to public gaze and to orchestrate the outrage that will force change.

But, to address equipment and tactical failings (the latter brought about by equipment and manpower shortages) requires knowledge and understanding. Both can be gained, but that takes time and hard work. When it comes to the Libbys of this world – on her thousand pound an hour sinecure – that is too much effort. For someone who would not know the difference between an APC and an MICV, much less an MPV - and who probably thinks DPM stands for deputy prime minister – following the pack and wingeing about peripheral issues is the easier option.

And that, dear reader, is modern journalism.

Update: The BBC Radio 4 World at One programme today ran a feature about Afghanistan. It carried out a vox pop in Colchester, from where many of the forces currently in theatre are drawn, speaking to soldiers and soldiers' wives; it spoke to a military expert and no less than three MPs, plus the father of one of the soldiers who had been killed. All of them, without exception, spoke of "lack of resources" (i.e., manpower) and inadequate equipment. Pay and conditions were not mentioned at all. If ever there was an ersatz campaign, got up by a small number of dim-witted hacks, this is it.