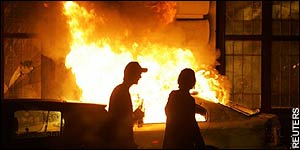 Once again, ladies and gentlemen, those of you who have bothered to read the blog would have found themselves ahead in the game. Yesterday I wrote about the Hungarian Prime Minister, his lying, his very understandable refusal to resign and the various threats issued by students and trade unions.

I also pointed out that a month or so before the fiftieth anniversary of the 1956 Hungarian Revolution was not, perhaps, a good time to challenge everybody in sight. The last time I was there in early 2005 I noticed that the number of memorials to that event was growing almost exponentially. Huh, I said to myself, time they had another revolution. They are becoming a little obsessed with the last one. 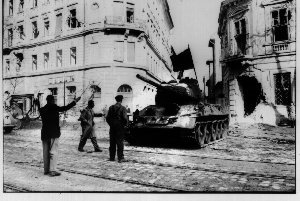 As it happens, I do not think there will be another revolution now but the news this morning is of interest. According to the Guardian (and others)

“Protesters have clashed with police and stormed the headquarters of Hungary's state television, enraged at a leaked recording in which the prime minister admitted the government "lied morning, evening and night" about the economy.”

Hmmm. Sounds awfully familiar. There are, however, a few differences, not least the fact that at least one reason why the government was lying and now finds itself in a bind is because of their anxiety to join the euro as soon as possible.