The European Union shows its strength, as usual 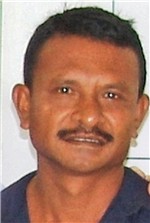 As the International Herald Tribune puts it: “Indonesia Executes 3, Despite EU Appeal”. Once again the EU’s influence is displayed for all to see. It would not matter so much if we were not told at great length by the propagandists in such organizations as the Centre for European Reform, that one of the joys of the EU was its ability to have a quiet influence on all sorts of nasty people. Not, you understand, like those nasty, brutish Americans.

"The European Union, along with many other like-minded countries, opposes the use of the death penalty in all circumstances," the Finnish ambassador, Markko Niinioga, representing the presidency of the EU, said in a letter that was delivered Wednesday to the Indonesian president, Susilo Bambang Yudhoyono. "The EU finds this punishment cruel and inhuman."

The letter was read to a journalist by a European diplomat, who did so on the condition of anonymity because the letter has not been released publicly. An aide to Yudhoyono confirmed that it had been received.

The NYT article carefully does not say but there have been problems with the trial and with the sudden decision to execute. The case grew out of the internecine violence that swept Sulawesi Province from 1998 to 2002, killing more than 1,000 people of both religions. A handful of Muslims have been convicted and given considerably lesser sentences.