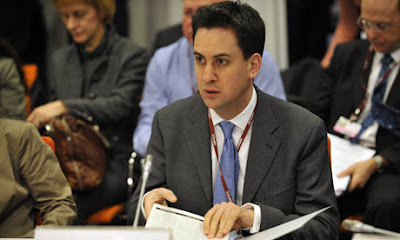 It's been a heady few months for climate sceptics – or "deniers" as the opposition loves to call us. Starting with "climategate", through a progression of "gates" with much else in between – including the apparent collapse at Copenhagen - it seemed as if we had the warmists on the run.

Certainly, we've scored some hits and, aided and abetted by Mother Nature who has been generous in her deliveries of global warming this winter, we have seen a turnaround in public opinion, with a distinct loss of enthusiasm for the surfeit of alarmism on offer.

The successes have led to a certain amount of triumphalism amongst the sceptics, with a feeling in certain quarters that we are winning the game. But any such sentiment is, to say the very least, premature. In fact, a more realistic appraisal might suggest that we have not even dented the underlying agenda.

Herein lies a certain definitional problem, as we have certainly dented the confidence of many so-called climate "scientists", worried some of the hangers-on and made serious inroads into the intellectual argument, challenging the science.

But as to the "agenda", this has nothing to do with science or even climate change. The climate change scare is merely a front used to conceal on the one hand and, on the other, to legitimise a far more sinister movement which has at its root politics, power and money. And its agenda might have suffered a few setbacks and some delays, but it is essentially intact.

An illustration of that – which also serves as an illustration of how little we have actually achieved in hard, concrete terms – comes with a report in The Guardian of a UK initiative, led by climate change secretary Ed Miliband (pictured).

Offered to us in glowing terms under the headline, "Britain brandishes olive branch to restart global climate change talks", we are told that Miliband: "concedes ground and offers to sign new Kyoto treaty in unilateral attempt to heal rift between rich and poor countries."

That, actually, is the muppet version of what is happening, designed to invoke the feel-good factor in the warmists. A better description is that hard politics have resumed, aimed at recovering ground lost at Copenhagen, and building on the few – largely unrecognised – successes that the negotiators took away with them.

When the report is stripped of the fluff, we find that Miliband is paving the way to get the Kyoto treaty protocols back on track for agreement in Mexico later this year, as part of an international treaty. And he wants to pull in developing countries into the treaty maw, with them offering some "commitments" of their own – more cosmetic than real – in order to cement in the developed (or "Annex 1") countries into the deal.

This move comes alongside a meeting between Gordon Brown and "billionaire financier" George Soros, Obama's economic adviser Larry Summers, economist Lord Nicholas Stern and other finance ministers. In parallel, they were working on stitching up the financial package which is so central to the real agenda.

Their headline goal is to raise $30bn (£20bn) a year immediately and $100bn a year by 2020, ostensibly "to enable developing countries to adapt to climate change."

Whatever mechanisms are eventually agreed, however, of one thing there can be absolute certainty. Very little of the money allocated to this cause will ever reach its stated destination. As with the current aid programme, most of it will be soaked up by banks, finance houses, investors and brokers, in fees and commissions. Huge amounts will line the pockets of governments in the recipient countries, and NGOs will grow fat and rich.

The mechanisms currently under consideration are six-fold, intended to raise an initial sum of $1 trillion (with much more to come). These include: a levy on all international aviation and shipping; enlarging existing carbon cap-and-trade markets; imposing a "Robin Hood"-type tax on all financial transactions; and using the International Monetary Fund's special drawing rights.

Somewhere in there is also an extension and expansion of the CDM scheme, and the completion of the first-stage financial package for REDD.

The worst of this is that, to be implemented – even if on a phased basis – none of these measures need popular approval or legislative assent, other than the introduction of cap and trade in the US which, despite reports to the contrary, is still going ahead. Almost all the enabling mechanisms are already in place.

The danger – the very great danger – is that the sceptics who believe they are winning, and the many who believe that this is about science, and even global warming, are failing to understand what is going on, right under their noses. So far, we haven't laid a glove on them.

And that is depressing.