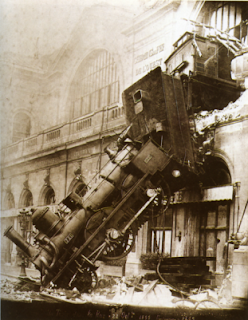 Wolfgang Münchau in The Financial Times seems to be ruling out any possibility of fiscal union in the eurozone. That, he seems to be saying, will lead to a "terminal crisis" and the collapse of the euro.

I am not sure he's right – given that I've understood him properly. He could well be underestimating the sheer determination of the "colleagues" to pursue their integration agenda. The prospect of a "terminal crisis" is precisely the type of beneficial crisis which gives them their power.

Should the euro collapse – with the default of Greece – which Münchau suggests must happen next year, it will signal the end of the EU as a political project. It will not recover from such a blow and, once its agenda goes into reverse, it will not stop there. So weakened will it be that the EU itself will be under threat, and will have difficulty surviving.

The "colleagues" will know that, and have invested far too much in the project to allow it to fail so easily. They will break every law in the book – and some – and even suspend the laws of economics, as far as they can, in order to save it. And if they succeed, they will just stave off the inevitable, making the final collapse even more dramatic.

Either way, they have a train wreck on their hands – the die is cast and in the long run there is very little they can do about it. But it ain't going to be pleasant when it happens. A lot of people are going to get hurt.