More for our masters 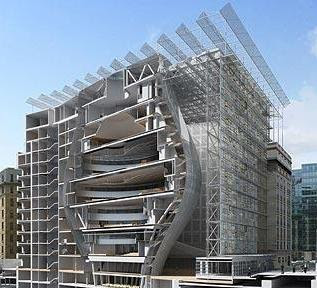 While every one of the 27 EU member states is looking to cutting public expenditure – some more than others – the EU is demanding a £6.3 billion increase in its budget to bring its spending "into line with its new powers under the Lisbon Treaty."

So much for the claim that Lisbon was a mere amending treaty, but then the "colleagues" always have lived on a diet of lies, confident that when the chips are down, they can still hold out their hands and the member state governments will come rushing to throw money at them.

This situation is beyond irony as the commission has been urging on member state governments cutbacks in their own finances, and – according to Bruno Waterfield - is calling for a six percent cut in British public spending by 2013. 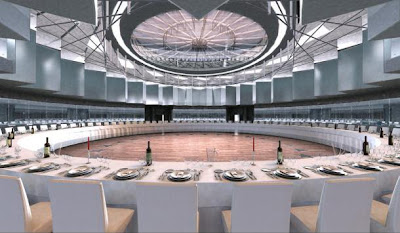 At the same time, we are continually assailed by EU laws and requirements which further add to the cost of governance and daily life, all promulgated by institutions where profligacy is their middle name. And to this, we append our now ritual question – and the reason we do not rise up and slaughter them all is?

The question becomes less rhetorical with each passing day – the pics are of the Résidence Palace in Brussels, that £280 million monstrosity to house the European Council, symbol of being "in Europe but not ruled by Europe," as that idiot Cameron would have us believe.