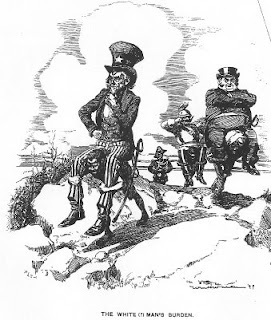 Since it was covered poorly by the daily media in the UK, one might have thought that the $3.7 billion World Bank loan to the South Africans for 4.8 GW coal-fired power station might have been followed up in the Sunday media.

On the face of it, the granting of the loan represents a major defeat for the greens and the climate change lobby, who marshalled all their forces in an attempt to stop the project.

Yet, for all its importance, only Andrew Chambers of The Guardian picks up the story, although he does make the right noises – after a fashion.

"It is not acceptable to use climate change as an excuse to limit growth in poor countries as the west's carbon emissions rise," Chambers writes, noting that "this question of development versus environment may become one of the most contentious international issues over the next few years."

Environmental movements, he says, certainly have a role to play in highlighting ecological degradation and its impact on local people, and in some cases the interests of protecting the environment will be perfectly aligned with the needs of the local community.

However, he continues, it is unacceptable for poverty reduction in the developing world to become a staging post for ideological battles lost elsewhere. We should embrace whatever methods provide the best outcome in alleviating poverty – whether that be new roads or airports, power stations or renewables.

Then, by way of a conclusion, we get the money quote: "To do otherwise is to be guilty of the worst kind of eco-imperialism – where the poor are held back for the benefit of the rich."

If we take on board the underlying logic of this piece, though, it means a carte blanche for developing countries massively to increase their CO2 emissions. But, by the same logic, this then means that burden of reducing global emissions must fall on the developed countries, which must not only reduce their own, but offset the increases from the developing countries.

One can see the greenies' point of view, therefore - eco-imperialism is perhaps a small price to pay, otherwise the white man's burden might simply be too much to bear.