Taking on the greenies 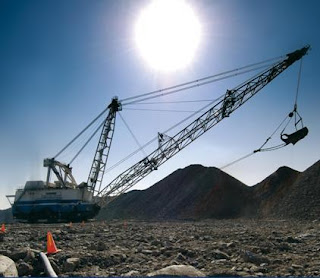 Despite the excitement (not) over the general election, the work of government goes on, demonstrating if nothing else the irrelevance of most MPs in the process. And confronting ministers is the knotty problem of what to do with South Africa.

We are not referring to the murder of TerraBlanche, but something altogether more serious – whether to support a World Bank loan for a new coal-fired power station in South Africa.

This issue has been grumbling on for some time, but emerged last month when it was first publicly revealed that the United States and Britain were threatening to withhold support for a $3.75 billion loan, vitally needed to get the project off the ground.

Now, with the decision due this week, it has come to a head, with the UK government wilting under sustained attack from green groups, who are demanding that the loan is blocked.

South Africa desperately needs more electricity capacity. Its existing system is already under pressure and in 2008 came close to collapsing. Rolling blackouts had to be imposed, causing massive damage to the productive economy. As a major coal producer, it made sense to go for coal and it Eskom, the power utility, is planning a 4,800-megawatt coal-fired plant at Medupi in the northern Limpopo region.

But the risk of economic damage and hardship if the project is blocked is of little concern to the likes of Greenpeace, Friends of the Earth and Christian Aid. They argue that the 25 million tons of carbon dioxide the plant would produce pose a risk to the world's climate that outweighs the benefits of the secure electricity it would supply.

They have been lobbying behind the scenes to try to persuade Britain to vote against the loan and have held meetings in recent days with Gareth Thomas, the minister for international development, Michael Jacobs, the prime minister's special adviser on climate change, and Susanna Moorhead, head of the World Bank in Britain.

This puts the government rather on the spot. It has already supported the development of the $4.14 billion 4GW Mundra power project in India's Gujarat State – another coal-fired plant - and in fact paid for the development work which would allow the owners, Tata Power, to claim carbon credits under the UN's CDM.

What is particularly problematical here is the timing of the general election, with green groups poised to make a huge fuss which could damage the government's green credentials. Having originally supported the proposal, it is now wavering, and may yet cave in when the vote is taken tomorrow.

And just for once, the UK's vote actually matters for, under the Obama administration, the US has issued new guidelines on the funding of coal plants in developing countries. These direct US representatives to encourage "no or low carbon energy" options prior to a coal-based choice, and to assist borrowers in finding additional resources to make up the costs if an alternative to coal is more expensive.

On this basis, the US is likely to abstain from the vote, leaving the UK in the hot seat, in a classic lose-lose situation. The World Bank has pointed out that there is no alternative source of power which could provide enough capacity fast enough to avoid widespread power cuts.

It is urging Britain and other contributors to vote for the loan and warns starkly of an energy crisis across southern Africa. "Without energy," it says, "countries face very limited or no economic growth: factories and businesses cannot function efficiently; hospitals and schools cannot operate fully or safely; basic services that people in rich countries take for granted cannot be offered."

Thus, if Britain blocks the loan, it will be seen to be hampering third world development, with profound humanitarian consequences. If it approves it, it will attract the wrath of the greenies. And it does not stop there. Since any alternatives would cost at least twice as much, if not considerably more, Britain would be more or less obliged to cough up a substantial amount of cash to help meet the extra costs, if it blocks the loan.

Meanwhile, France, with ambitions of selling its next generation nuclear power plants to South Africa, is supporting the application, putting two major EU members at odds, all in the context of official EU policy being to support "low carbon" development.

Norway, though, is in an even worse position. Its ministry of the environment is urging its government to reject the loan, while the ministry of foreign affairs and the agency for development cooperation want to support it.

But, while the various World Bank members are tying themselves in knots, none seem to be asking questions of groups such as Christian Aid, which seems to have elevated climate change above that of the humanitarian issues on which they were founded.

However, this has not stopped Pravin Gordhan, the South African finance minister, from speaking out. He is accusing green groups of trying to impose their environmental priorities on a country lacking the secure electricity that is taken for granted in the developed world.

"It is regrettable," he says, "that ... developed countries and [a] very small group of NGOs in South Africa are putting their environmental concerns, which can't be immediately addressed, above the economic needs of South Africa and our need to grow the economy so that all the people benefit."

Offering no concessions to the greenie climate agenda, he states flatly, "For now, not only South Africa but developing countries more generally will have to rely on coal."

For decades now, the greenies have been trying to convince the world that they and developing nations have a common agenda. But now, the cracks are beginning to show, big time. When the decision comes to be made on Thursday, therefore, there will be a lot more at stake than a single coal-fired power plant. Lines have been drawn and the World Bank – not for the first time - has become the battlefield.

How interesting it is though that the South Africans are prepared to take on the greenies, when our own more "sophisticated" politicians roll over and give them everything they demand – unless we see different on Thursday.