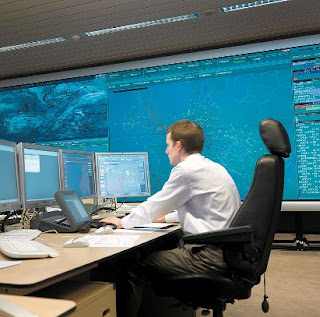 Slowly, the details are being teased out – just at a time when the British media are losing interest and focusing ever more closely on the election charade. Thus it is left to Deutsche Welle to come up with the little nugget that adds to our understanding of the threat posed to aircraft confronted by volcanic ash last week.

It appears, according to this source, that the test flights by research aircraft revealed interesting data, not only on particle density but also composition. The ash cloud, we are told, contained basalt – which is relatively benign – rather than another common component of volcanic ash known as andesite, which we are told is far more damaging to aircraft engines.

From a zero knowledge base, therefore, just by diligent perusal of the media over the last week or so, a layman of average intelligence can deduce that the threat posed by volcanic ash is determined not only by its presence, but by a number of other factors.

Particle size is an issue. Generally, the larger particles are more dangerous, although these tend to drop out earlier. Then, particle density is very relevant, as we have seen, with extremely low concentrations being reported.

Then there is the degree and extent of stratification. All things being equal, thick layers of ash present a greater hazard than thin layers, where dwell time is short-lived. And then there is the composition, yet another factor which goes to characterising the degree of threat.

All that must have been – or should have been – known to the experts, the people charged (and paid) by us to anticipate threats and to devise contingency plans and guidelines, to ensure our safety while at the same time minimising unnecessary disruption.

But, if it was, there is no evidence that any such was taken into account in the ICAO contingency plan, which makes absolutely no attempt to assess graduations of threat, other than to characterise visible ash clouds as dangerous.

With such knowledge, though, Peter Sammonds, a volcanologist at University College, London, makes complete sense. He is cited by DW saying that this underlines the fact that it is not enough to rely solely on weather simulations.

"That sort of initial monitoring of the volcano, the modelling by the Met Office, probably needs to be backed up with more intensive atmospheric sampling to try and map the distribution of the ash in the atmosphere somewhat more accurately to provide better input into what the next decision should be," he says.

The sense of this is self-evident, the obvious inference being that aircraft must be available for physical sampling, further calling into question the adequacy of the ICAO plan, which fails to state this very obvious need.

To date, the most voluble critic of the plan's inadequacies has been Giovanni Bisignani, head of the International Air Transport Association, who earlier in the crisis complained that a great swathe of northern European airspace had been closed purely on the basis of computer modelling.

"I call it a European mess because we did not focus on figures and facts. Europe was using a theoretical, mathematical approach. That is not what we need," he said last week. "We need test flights to go into the atmosphere, assess the ashes and then take decisions."

That we need to get our act together is now even more vital as there is a distinct possibility that the Eyjafjallajokull volcano eruption will be followed by the more powerful Katla, requiring a much more sophisticated response if unnecessary disruption is to be avoided.

But, while this is recognised, there is no sense of contrition evident in the authorities which crafted the original plan, which included the national safety agencies, the EU commission and the pan-European air traffic agency, Eurocontrol.

Needless to say, Eurocontrol is not keen to highlight its own lamentable role in the affair. Instead, we have Brian Flynn, deputy head of operation, claiming that: "The crisis was well managed, but it was managed as a crisis - not as a manageable threat".

He neglects entirely to say that a system was supposed to be in place, and is rehearsed bi-annually under the aegis of Eurocontrol, the last exercise actually taking place on 1 March 2010 only just over a month before systems were tested for real – and failed.

And while some have been quick to argue that critics are relying on hindsight, the potential problems were well known. Eurocontrol itself stated, well prior to the event: "The impact of the dangerous effects of volcanic ash for airlines and for ATC operations can be huge. For example the busy airspace over central Europe airspace could be contaminated by ash only a few hours after an eruption of an Icelandic eruption, if the winds are northwesterly."

Despite this, Flynn has the nerve to say that a comprehensive crisis management system is needed to deal with future events that may jeopardize international air traffic. "Volcanic eruptions are very rare in Europe" he says. "But we must also be able to deal with other threats to air safety, such as terrorism security alerts, health epidemics, and major social unrest."

Quick off the mark when there is an opportunity for aggrandisement, Eurocontrol has assembled a team of "experts" to analyse the lessons of the airspace closure, slated as "the worst disruption to hit international civil aviation since World War II." They met yesterday to start collecting and analysing the data and, no doubt, to prepare their alibis.

Alongside Eurocontrol, in an overt attempt to exploit the crisis, is Siim Kallas, the EU's transport commissioner, saying he will begin working this week with colleagues "to lay out a road map for similar events." While British politicians are immersed in the general election, the "colleagues" are untroubled by such vulgar processes and can focus on expanding their own powers.

With weary predictability, Kallas declares that, "We needed a fast, coordinated European response to a crisis." In classic "more Europe" mode, he goes on to say: "Instead, we had a fragmented patchwork of 27 national airspaces. We need a single European regulator for a single European sky." Thus he will propose speeding up the plan to unify control over all European airways.

This is picked up by The Washington Post but not, so far, by the British media which, as we know, doesn't "do" Europe – especially at election times.

And from hero of the hour, Giovanni Bisignani becomes the villain. "The volcanic ash crisis that paralyzed European air transport for nearly a week made it crystal clear that the Single European Sky is a critical missing link in Europe's infrastructure," he says. He has called an emergency meeting of EU transport ministers for 4 May – two days before our general election, to fast-track the wholesale reform of Europe's air traffic system.

By such means is a major power grab under way, where Britain will be represented by ministers who may not be in office days later and certainly have no mandate.

But the EU has its own agenda. Unified airspace, we are told, would put the skies under one regulatory body instead of leaving decisions to dozens of individual countries - "one of the key sources of confusion in the volcanic ash crisis," which the commission says "made it tough to deal with the crisis."

As we know, though, the real problem was the inadequate contingency plan – produced with the support and approval of the very agency which is now laying claim to taking unified control – compounded by the lack of aircraft capable of collecting physical data to characterise the threat, making up for the inadequacies of the Met Office's model.

When push comes to shove, it really does not matter who is in charge. If the aircraft are not available the next time an ash cloud threatens Europe, we will be just as ill-equipped as we were last week. Solving that problem is down to member states, who must put up the money and the resources, which is of course, why the EU is not concerned to highlight the fundamental defect in the system.

Such then is another example of the cynicism and ambition of the EU. There is no problem, of any nature, which cannot be perverted and shaped to provide yet another opportunity to increase European integration. And, by the time our own politicians have even begun to focus, the game may well be over.

All that will be left for us to do, as The Daily Telegraph points out, is pay the price.