Breaching the barricades of bureaucracy 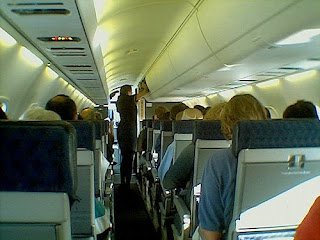 When I started writing this piece, just after 9pm yesterday, it was in the knowledge that 22 British Airways long-haul jets were converging on the UK, an air fleet which the airline's chief executive, Willie Walsh, had virtually made clear was going to land, come what may.

Faced with such pressure, the CAA chairwoman Dame Deirdre Hutton, buckled. Alongside transport minister Lord Adonis, they stood in front of the TV cameras, admitting that the rule book had been rewritten and that, despite the lingering presence of the ash cloud, unrestricted operations were to recommence at ten that evening.

For the first time with any clarity, we then heard from the mouths of the officials the words "risk assessment" and "dust concentrations", plus news that the engine manufacturers had backed off from their stance of "zero tolerance" for ash ingestion and redefined acceptable limits.

Yet it was on Sunday last, the words written on the Saturday, that I was pointing out that the then current safety guidelines for dealing with volcano eruptions made no distinction at all between major or relatively modest eruptions.

Nor, I wrote, did they take into account the dilution effect as the cloud spreads from the original point. The only reference was to generic dust clouds, without any attempt to carry out a risk assessment. Furthermore, it was evident from those very guidelines that the model used was the largest and most dangerous of Icelandic volcanoes, the Katla volcano – way more serious than the relatively modest eruption we are currently experiencing.

Now, with hundreds more millions spent, much heartache and disruption and increasing chaos, ministers and officials have finally come to the conclusion that was evident almost from the start, that the total shutdown of UK aviation was a gross over-reaction, and entirely unwarranted.

Predictably, the about-face has been shrouded by lies and prevarication, the impressions being given that there has been constant dialogue with airframe and engine manufacturers. Yet, we know from talking to them on the Saturday that the flying ban had been imposed without such consultation, or even with the airlines who were so immediately and badly affected.

Ironically, although the EU played a major part in ensuring that a total flying ban was the only response to the eruption, it was partly EU pressure – itself under enormous pressure from Continental operators – that led the way. After one country after another decided to lift their bans, the UK was looking increasingly isolated, more so with BA aircraft en route to the UK being diverted to Brussels and Amsterdam.

What has happened now is what should have happened right at the beginning. Individual airlines are being allowed to make their own decisions as to whether to operate, taking in the best available scientific advice and modifying their operations to take account of the additional risks.

That means that aircraft will be subject to more rigorous inspection and maintenance routines and, if necessary, more frequent component replacement. With the safety issues contained, it comes down to economics – whether it is worth paying the additional costs to keep the show on the road. Clearly, the balance of advantage rests with keeping the aircraft flying.

Asked for his opinion on who was responsible for this debacle, Willie Walsh wisely said that his focus was on the difficult task of bringing his customers back home. In the weeks to come, he said, there will be time enough to look at the issues and decide on what lessons needed to be learnt.

By that time, of course, we will have a new parliament and perhaps a new government. There will be lessons to learn for them both, not least how the health and safety culture has now got totally out of hand. There are others lessons which I will be exploring in a piece which I hope will be published in a major Sunday newspaper, and will hold over until then.

In the meantime though, there is one blessing to be had from this episode. It has driven election politics out of the headlines, with not a mention of the three protagonists in a full hour of Sky News. For that, it was almost worth closing down the whole aviation industry. Their reckoning is yet to come, and if grounding was the fate of the airlines, it would be appropriate for the three main parties to share that fate.