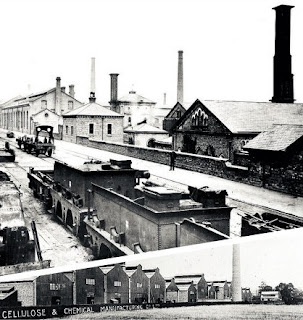 Aluminium, then steel and now ... cigarette filters. Not in quite the same league, but it is still 460 jobs as the American owners of the Derbyshire plant of Celanese Acetate have decided to close it down, blaming – according to a local media report "soaring UK energy prices".

A spokesman for the company – which prides itself in delivering "sustainable value" - said: "A lot of work was carried out to reduce costs but there was no way to make any inroads into reducing our fundamental energy costs, which are much higher in the UK than overseas," then adding: "The biggest differential in costs between ourselves and other sites in the group is the price of energy."

UK energy prices had "skyrocketed" by 16.7 percent in the last year against an average increase of just 3.8 percent in the European Union. A large amount of heat and steam is used in the chemical process that turns wood pulp into acetate flake. More steam is required in the production of cigarette filters, Celanese Acetate's core product.

The company does, however, manufacture a variety of other products, including acetate film and, when the business was acquired in 2007 by Dallas-based Celanese Acetate, it was thought to be of "sufficient mass to generate high investment to sustain future growth and compete effectively against other films in a highly competitive and fast moving market." Sadly, that was not to be.

The move brings to an end almost 100 years of acetate production at the factory (pictured) and is the final death knell for an iconic city business which once employed 20,000 people. Celanese Corporation is aiming to concentrate production in Belgium, the US and Mexico, where power costs are cheaper.

There may be little sympathy for the producers of this particular product, although one doubts that even the most crazed anti-smoking zealot would have us going back to smoking Capstan Full-strength, without tabs. But this closure is typical of what we have seen elsewhere.

George Cowcher, Derbyshire and Nottinghamshire Chamber of Commerce chief executive, notes that, "Our energy prices are substantially higher than in France, Germany and Belgium." He worries that global companies operating here are comparing costs and if the UK operation is the most expensive it will be the one that goes. "The concern is that other multinationals will do the same," he says.

Conway Standing, the managing director of Derby-based commercial energy broker Utility Exchange Online, has another "take" on the situation. "Most of Britain's energy companies are owned by German, Spanish and French companies," he says. They "have kept any increases lower in their home countries but allowed the prices in the UK to remain high."

But, as always, the situation is slightly more complex than is painted. Jens Kurth, head of European communications and public affairs for Celanese, said demand for its products is expected to continue to shift to Asia, especially China, where new factories are being developed.

Thus, he says, "Celanese expects to meet customer commitments under this proposal by optimising its global acetate production network, which includes facilities in Belgium, Virginia and Mexico, as well as the company's acetate joint venture facilities in China." In other words, the work is going to where the business opportunities are most promising.

But, if there are no tears shed (apart from in Derbyshire) for the loss of cigarette filter manufacture, spare a thought for what is happening in our premier construction plant manufacturer, JCB.

Last week, Digby Jones, who is on the advisory board of the company, was complaining that only 36 percent of today's JCB digger components are manufactured in Britain. In 1979 that figure stood at 96 per cent.

Key components like hydraulic pumps are made in Spain, Sweden and Germany. Axle components are sourced from nine countries including China, India and Slovakia. The proportion of UK components in some sub-assemblies has fallen even more sharply. Digger axles, for example, contain less than ten per cent British-made parts, as measured by cost, compared with 75 percent in 1989.

This haemorrhage of jobs – and skills – cannot continue. After all, if all those civil servants and climate change co-ordinators are going to be fired, there must be some jobs for them to go to. They can't all be employed building windmills or as domestic insulation installers. Somebody actually has to be making something useful.