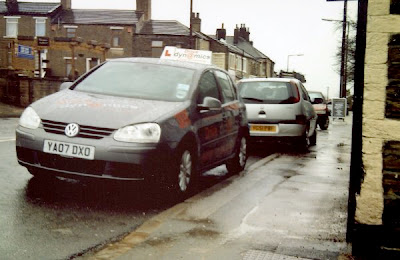 In one of his more fatuous statements in today's article, the Boy King tells us:

The state is your servant, never your master. It should defend people from every threat – but it should not use that as a premise to infringe unnecessarily on the freedom of the individual. As far as humanly possible, it should crush bureaucracy and hand power to the people.

The fatuity is such that it prompted me to add a comment on the newspaper site, observing that bureaucracies, as such, were neither good nor evil. In fact, they are the lubricant of modern societies, without which they would not function.

Far from seeking to "crush" bureaucracy, therefore, I observed that the Boy should be seeking "a small, efficient and effective bureaucracy which delivers value for money."

As to infringing on the freedom of the individual, one man's freedom can be another man's restraint, so the issue is not quite as simple as The Boy would have it. The "freedom" to play very loud music in your home is to consign your neighbours to misery, in which context the role of the state is to act as arbiter and enforcer.

Similarly, to open a take-away restaurant might impinge mightily on the neighbourhood, to which effect the state, via local government planners, most certainly acts as the arbiter, giving or refusing permission depending on the circumstances.

No one would argue that this is not a valid role for a "bureaucracy". All we would ask is that the planning department did its job efficiently and effectively, at minimum cost.

And it was precisely that issue which had me last Tuesday in Bradford Town Hall addressing the Area Planning Committee (South), to oppose an application to turn a shop on the corner of the top of our road into a take-away. It had already been rejected twice, and turned down on appeal, but here it was again, and here we were again, the whole of the local community objecting to it.

It is a facet of planning law that, having had an application turned down, there is nothing to stop you modifying your plan and re-submitting it, and that is exactly what the local "entrepreneur" had done, whittling away the substantive issues until there were no grounds for rejection.

But there was remaining one such issue – road safety. A take-way would inevitably increase the amount of parking outside the premises, blocking the sight line for car exiting our street, making joining the main road extremely hazardous (pictured).

What, is ostensibly a minor local matter, however, turns out to have quite general application, striking at the very heart of the fatuity uttered by The Boy.

He would want the state "to defend people from every threat" (every threat?) but here we were, the whole community, wanting the state to do precisely that – defend us from an extremely hazardous situation, the scene of at least three accidents, occasioned in part by what was already an illegal action, parking "opposite or within 10 metres (32 feet) of a junction."

And from herein onwards, we descend into the surreal. When the application was last refused and considered on appeal, the government inspector reviewed the road safety issue and concluded that, because the local authority had not placed any parking restrictions on the corner, then it cannot have had any material concerns about the safety issue.

That, in itself is remarkable – that a state official should, effectively, condone illegal parking, simply on the grounds that the local authority had not taken additional measures to ensure compliance with the law. But it gets worse.

The appeal was dismissed on other grounds, so the inspector's ruling did not need to be challenged – not that we could have anyway. But they became material on the new application. With the original grounds for refusal (late opening hours) removed, that left only the traffic issue. And, because the inspector had ruled that there were no significant safety issues – citing the local authority lack of action – the officers decided to recommend approving the application.

Nevertheless, at the public hearing, the highways officer was asked whether there were any road safety issues. When he said "yes", agreeing with us about the hazards, he was asked why the application had been recommended for approval. The answer: because the inspector had ruled that there were no significant safety issues.

This, then left the elected councillors to make the decision. But they were informed by their officers that, if they rejected the application on road safety grounds, and there was another appeal – which was upheld – the local authority would have to pay compensation to the applicant. Thus, to avoid the risk of having to pay our a large sum of money, rather than revisit the safety issue and accept the arguments against the flawed original ruling, the elected members decided to grant the application.

Needless to say, the problem would not arise if the road traffic law was enforced, but with the local constabulary obsessed with revenue generating speed enforcement, such issues are never addressed. But, while there is a general lack of enforcement in this area, one notes a considerable enthusiasm for enforcement when it comes to ensuring that Council Taxes are paid.

Such then is the reality, in a very small way on a very small issue, of the way the local bureaucracy works. It is very distant from The Boy's image, but one that has left about forty people extremely dissatisfied and, doubtless, unimpressed with the Boy's vapours.

But the bottom line is that we were failed not by the officials but by the elected councillors, who lacked the intelligence and guts to support the local residents against the officers - instructing the officers to review their own stance. It is they, the councillors, who we would happily "crush" and may yet do so, figuratively at least, at the next election. The chairman of the committee was a Tory, and the help we received was from two Labour councillors.