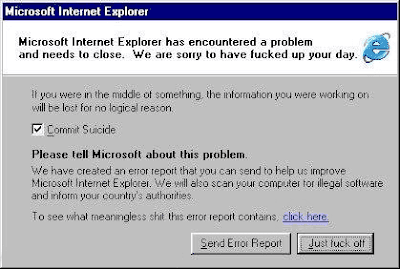 The polls go up and the polls go down, almost with the regularity of the tides. The latest, in The Times has the Tories dropping back from their ten point lead, on 39 percent, as against 32 for Labour and 21 for the Lib-Dims. Other parties are on eight percent.

This is a Populus poll, and the first to be undertaken entirely since the election date was named. More voters, we are told, now expect a hung parliament than believe the Tories can win outright.

Meanwhile, as most of the political blogosphere throws itself into the ersatz drama of the election campaign, there are but a few bloggers – a sturdy bunch – who are refusing to allow themselves to be swamped by the theatre.

One such is Autonomous Mind, who noted that the campaign is a "media event pure and simple." The only excitement, he says, is among the political class in its bubble and the media corps looking to fill column inches and broadcast seconds, then adding this fascinating observation:

To demonstrate how out of touch the media really is, the phone-ins on BBC Five Live have astonished its presenters. Peter Allen on "Drive" was aghast about the indifference to the election shown by so many texters to the show, who are so fed up by the meaningless spin emanating from the politicos, they were calling in their droves for an end to the politics discussion. If it remains this way – and in all likelihood it will – this will be the most overhyped election in history, with potentially the smallest percentage turnout.

Samizdata also takes a cool look at the election, telling its readers:

... if you fear not voting Tory will give Labour more time to wreck the country, that is simply not the choice on offer ... nothing meaningful will change in Britain as long as the two main parties are essentially as one on the size and scope of the state, which at the moment they most certainly are ...

...and if you vote to endorse that fact just because you (quite rightly) loathe Gordon Brown, you are part of the problem, not part of the solution.

Witterings from Witney is another who takes a jaundiced view of the proceedings and Raedwald's observations are well worth a read.

I am sure there are many other anarchic, contrarian and otherwise independent blogs out there, who share the public's view of this political circus, and I would be happy to link to them ... we're all in this together.

In the meantime, it really is a great shame that the ballot paper cannot be tailored to deliver the same sentiments conveyed by the delightful spoof error report for Microsoft Explorer (illustrated). Voting would then be such fun.